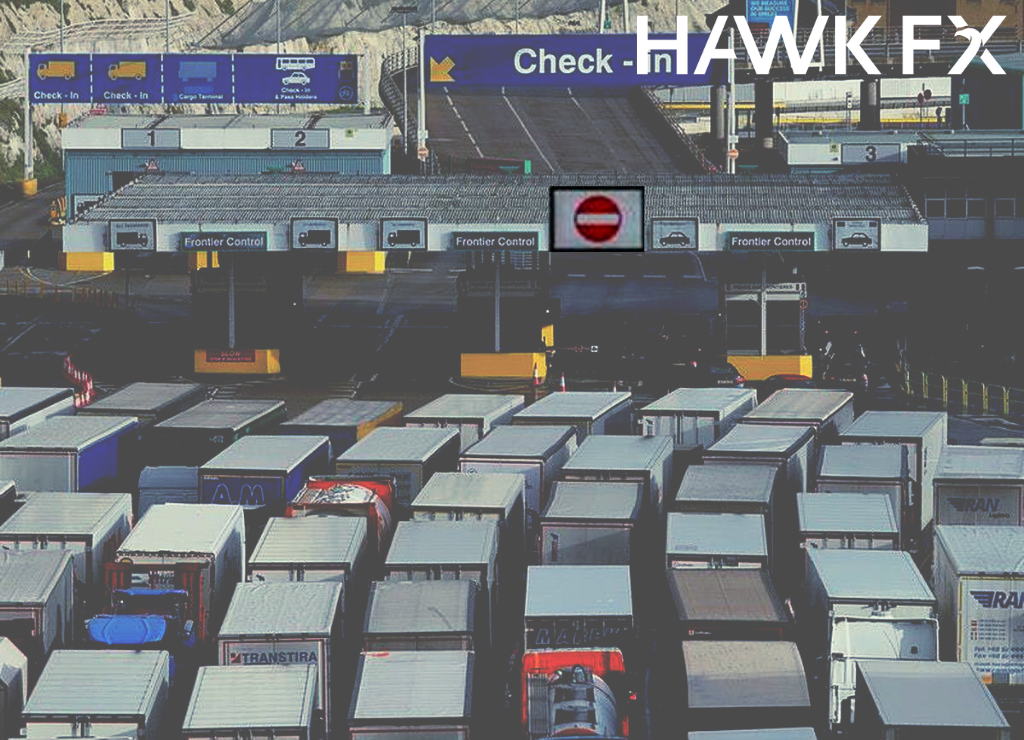 The past week has seen further worrying Covid news, with cases continuing to rise sharply in many countries. Most worrying is the new strain that is prevalent in the South East of England.  This strain appears to be far more transmissible and has led to much tighter Tier 4 restrictions.  The understandable response from France, Ireland and others has been to restrict travel.  However, this is likely to have a significant impact with goods not able to move between Kent ports and the continent.

Sterling had a mixed year but was ending on a high, particularly against a weak dollar.  Since the cut in transport links and with concerns over whether a Brexit deal will complete, sterling has fallen back somewhat already and there is scope for further falls, as the degree of disruption becomes clearer.  Last week, the Bank of England maintained rates at 0.1% with the outlook for the economy “unusually uncertain”.

Ahead of these latest Covid developments, British business confidence recorded its biggest monthly improvement in more than four years.  This reflected optimism that Covid vaccines will lead to economic recovery, though this is now less likely.  Manufacturing PMI rose from 55.6 to 57.3 in December with services PMI also up to 49.9 from 47.6.  Retail sales slipped by 3.8% in the first decline since April as a result of the lockdown.  Tomorrow, we will see the second reading for Q3 GDP. This is likely to be unchanged from the initial estimate of +15.5%.

Markets have been optimistic that a trade deal will still be agreed before the end of the transition period. Despite some hopeful comments from negotiators, there are gaps between the two sides which are proving difficult to bridge.  With negotiations having continued over the weekend, further talks are due today to decide if and how to continue the negotiations. There is also little time to pass any deal through parliaments.

Whatever the outcome of the talks, both sides will have a new trading relationship from January. This will involve more paperwork at ports and other international entry points. The UK has said that it will delay implementation of this until July but the EU plans to put it into immediate effect, which may lead to near-term delays and bottlenecks. There are higher levels of restrictions imposed across much of Europe as a result of rising Covid cases.

US congressional leaders reached agreement on Sunday for a $900bn support package.  This follows the $2.3bn package provided in March and comes whilst the pandemic appears to be accelerating in the US.  Current restriction are looser across most of the US than Europe but with Covid cases still rising sharply, that position may change in the new year.

The US dollar has been under pressure, generally, with sterling hitting it’s highest level since May 2018, before the additional UK restrictions were introduced. Last week’s fall in retail sales and the second week of much higher jobless claims, add to concerns that economic growth is slowing sharply. This week, consumer spending will provide further evidence. We expect a fall of around 0.3%.

Last week, the Federal Reserve committed to keeping buying bonds until the economy gets back to full employment and inflation comes back to 2%. The Fed also voted, to hold short-term borrowing rates near zero. The pace of at least $120bn a month in purchases will continue.  The Fed did not decide to buy longer duration bonds.