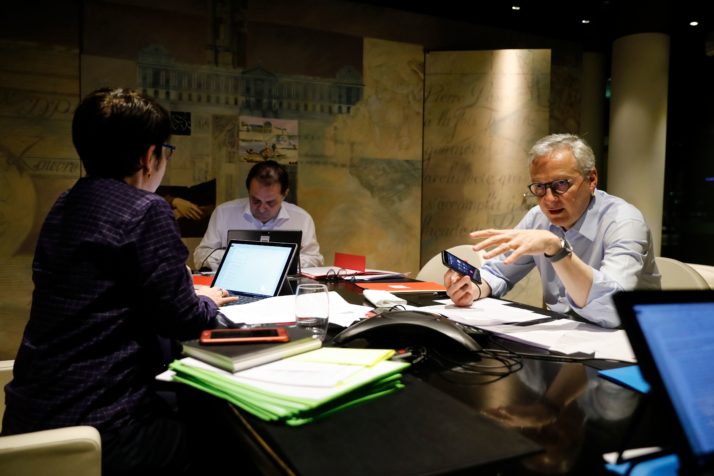 GBP – Lockdown into May

There are growing signs across a number of countries that the pace of increase of Coronavirus infections is slowing. There is speculation that lockdown restrictions will soon be eased in some countries. The UK government, however, has confirmed that the current restrictions will continue until at least 7th May. Sterling has continued to move higher from its early March lows.

There is a busy data calendar which will give insight into the economic impact in March and April.  March retail sales and inflation will provide the first official readings on the initial economic impact of the pandemic. Retail sales may well have been supported by a surge in grocery shopping as households stockpiled. Retail sales could rise on that basis despite falls elsewhere. Inflation is likely to have fallen due to the drop in oil prices to around 1.5%.  This is likely to fall below 1% in the coming months. Unemployment claims data for March is likely to point to a substantial rise in unemployment.

Manufacturing and services PMIs for April will provide an indication of how much economic activity has continued to weaken this month. Markets expect further declines in both which point to a large fall in GDP. The CBI industrial survey will provide a further update on the pressures on the factory sector. Finally, the April GfK consumer confidence measure is expected to post another sizeable decline.  Despite all of this poor data, sterling is unlikely to see further falls as markets await signs of how restrictions will be lifted

With the falling number of cases, several European countries including Austria, Denmark, Italy and Norway have already announced some easing in restrictions. Germany confirmed that some ‘non-essential’ shops will re-open this week and schools will start to open in early May.

Several business surveys will provide the first indications of Eurozone economic activity in April. We expect the indicators to point to big falls in output in the near term. Both the Eurozone PMIs for manufacturing and services are expected to fall further as are the current conditions components of the German ZEW and IFO surveys. There could be some improvements in the expectations readings given hopes that lockdown restrictions will soon start to be eased.

EU leaders meet on Wednesday to discuss the impact of the Covid-19 pandemic. Late last week, Eurozone finance ministers agreed on a package of stimulus measures to offset the negative economic impact.  Country leaders are likely to be asked to sign off on these. The agreement was light on detail about how the ‘recovery fund’ will be funded.  There is still potential for this to cause issues between leaders. There could also be a lack of agreement around whether this fund is included within the EU’s upcoming seven-year Budget.

Following the announcement of restrictions being lifted in Europe, President Trump has said that 29 states could open up ‘relatively soon’ and outlined a three-stage guidance plan.  Fed officials will be in their silent period ahead of the 28-29th April policy meeting. However, there are likely to be further discussion of more fiscal stimulus measures. The fund to provide aid to SMEs is almost exhausted but Democrat and Republicans have failed to agree on a bill that would include a top-up.  Congress continues to struggle to reach agreement on a further fiscal aid package.

Last week’s economic data showed big falls in economic activity.  There is less to follow this week.  Markit PMI indicators will likely show a further slump in manufacturing and services activity.  Weekly initial jobless claims have risen by 22 million over the past four weeks.  This suggests we will see a huge jump in the unemployment rate in April. Another big jump is expected in this week which may push the total close to 30 million. Housing sales for March are also likely to have fallen sharply.