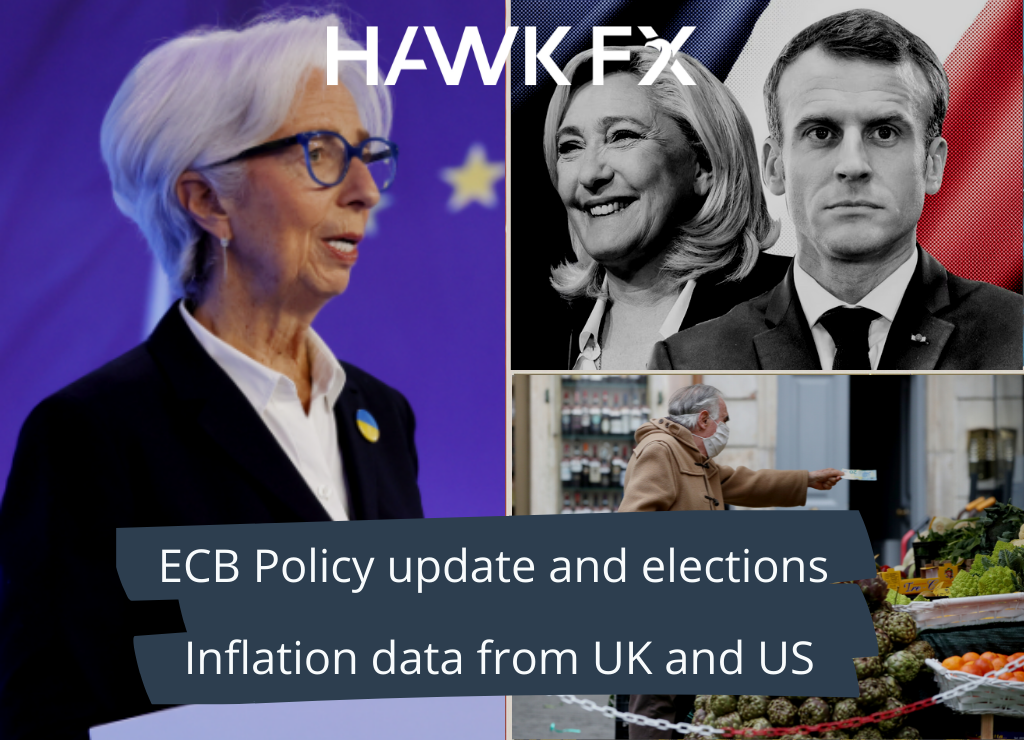 On the back of a strong start to the year, we expect a 0.2% increase in GDP for February. The first-quarter growth overall looks likely to be stronger than expected partly because of less impact from Omicron. The outlook could weaken further if the war in Ukraine becomes protracted. This week, we will also see the employment data. Which is likely to confirm a tight labour market. The unemployment rate could well fall to 3.8%, below pre-pandemic levels.  Annual earnings growth is likely to accelerate to around 5.5%, reflecting strong demand as unfilled vacancies reach new highs.

Annual inflation will also be closely watched and is likely to rise to 6.5% in March. This could even reach around 8% in April as the sharp rise in regulated energy prices comes in. There could also be another big rise in October, so it is possible that inflation will not peak until later in the year. The BoE does still expect inflation to fall back over the medium term.

The Bank of England was the first G7 central bank to raise rates in December. It has since increased rates twice to 0.75%.  However, its rhetoric after the last rise in March was more cautious given increased uncertainties since the invasion of Ukraine. The UK is a net energy importer, so higher energy prices will cause issues.  We expect a further deterioration in UK terms of trade and a reduction in domestic income. In March, the BoE changed to less hawkish language to say that some modest further policy tightening “may be appropriate”.  Markets are still pricing further hikes to 2.25% this year.

The ECB provides a policy update this week. No policy adjustments are expected this time around. Last month, the ECB laid out its stall for an end of QE in the third quarter which would pave the way for the start of higher interest rates afterwards. Despite falling confidence in the Eurozone, the upward inflation surprises have left some on the ECB Governing Council distinctly uncomfortable. Markets will be watching ECB President Lagarde’s language at the press conference closely.

The first round of voting in the French presidential elections took place yesterday.  It was a close race in the first round with Macron getting 27.8% of the votes and far-right rival Le Pen getting 23.1%.  The run-off vote between these two is expected to be tight, though Macron is still the favourite.  This will take place on April 24th.

The US also has inflation data this week, with CPI inflation expected to accelerate to 8.4% in March.  Core inflation, which excludes food and energy, is also forecast to rise to 6.7%. Depending on oil prices, US inflation may be close to peaking.  Whether and how quickly it falls will be closely watched.  We expect US retail sales to rise by 0.7%, though some of this is due to gas prices. Industrial production should also rise by 0.5% given strong demand to round out the week.

A potentially quicker withdrawal of US monetary policy stimulus continues to dominate global financial markets. The question remains, can the US central bank can tame high inflation without causing a downturn? The minutes of the March meeting indicated that ‘many participants’ would have favoured a larger 50bp rise, but for geopolitical uncertainties. The Fed is increasingly concerned about inflationary pressures broadening out to services. Even usually dovish Fed Governor Brainard sees a need for significant tightening. A 50bp rise at the next policy meeting on 4 May now seems likely.