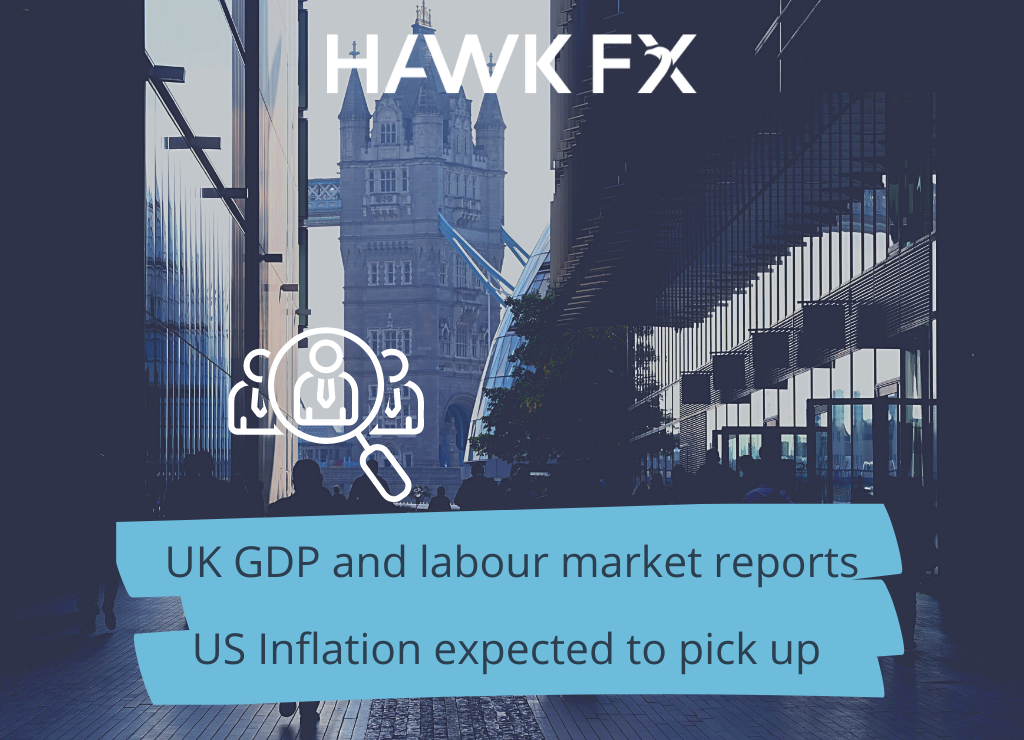 This week, August GDP data is likely to show the economy growing at a weaker pace than the first half of the year. In July, the growth rate was the slowest since January at just 0.1%.  This slowdown was mainly due to supply constraints. The underlying rate of growth may be higher and markets expect August growth to be 0.5%. This would leave GDP around 1% below its pre-pandemic level.

The labour market report will also interesting, though it covers the three months to August. A rise of 250k in employment will show that the labour market remains buoyant. Markets expect the unemployment rate to fall to a new 13-month low of 4.4%.  With vacancies close to a record high over 1 million, there are concerns over wage pressures. With the end of the furlough scheme, up to 1 million workers may have re-entered the labour force.  The Bank of England has noted the particularly uncertain employment situation.

There was a comment last week from new Bank of England Chief Economist Pill. He noted that the “current strength of inflation looks set to prove more long lasting than originally anticipated”.  He did also say that he expected these pressures to eventually prove ‘transitory’. The pound has regained a little ground against a generally strong US dollar and rose more sharply against a faltering euro.

Financial markets continue to reflect concerns about rising inflation.  Markets remain more focused than ever on any updates of the future course of monetary policy.  The continued very dovish monetary policy stance in the Eurozone stands in contrast to the possibility of higher interest rates in the UK and US.  As a result the Euro has been on the back foot generally. There are several ECB speakers this week, but no expectations of a change in stance.

There is little to come out of the Eurozone this week, with the German ZEW survey one of the main checks on Europe’s largest economy.  This month, we expect to see a further decline in economic sentiment.  The overall Eurozone industrial production is also released and also expected to show a continued decline we have seen since April.

Given the current focus on inflation, the September consumer price inflation will be key.  In August, the rate dipped for the first time this year, though it remained above 5%. With the rise in oil prices, inflation may have picked up again and is likely to remain above 5% into 2022. Core inflation continues to show elevated goods price inflation due to rising commodity prices and supply constraints.

A number of US Fed policymakers will be speaking this week.  Lael Brainard is one of the speakers who some expect to be the next Fed Chair. The minutes of the last Fed meeting may also provide more details around both tapering and the timing of a future hike in interest rates. With less than four weeks to the next Fed update, there is a limited window to shift market expectations ahead of the announcement.