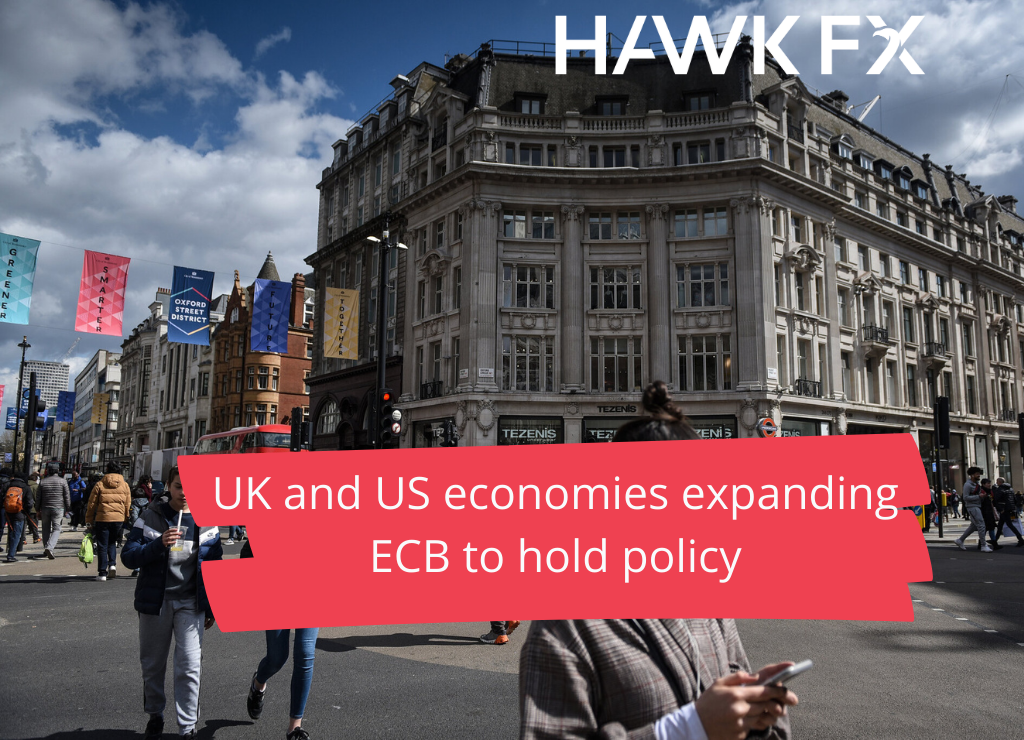 The UK economy has started to expand again after the drop in activity through the lockdown.  GDP increased by 0.4% in February after falling 2.2% in January. Output is set to increase again in March ahead of the resumption of economic activity. We expect an overall contraction in the first quarter, probably of less than 2%.  This is less than Bank of England projections in February. The pound fell on news that a hawkish member on the MPC – Chief Economist, Andy Haldane – will step down in June.

There are plenty of data releases this week.  We expect to see unemployment to have remained at 5.0% in the three months to February.  The hope is that a high proportion of the furloughed workforce will hold on to their jobs. CPI inflation is forecast to increase to 0.7% led by fuel prices, with a further increase expected in April. We also expect a rise above 1% for retail sales in March after a 2.1% rise in February.

Consumer confidence increased to a new high in March to -16 with April expected to improve further. We expect to see manufacturing PMI rise again this month, close to 60 and showing strong growth. Services PMI leapt to 56.3 and is expected to rise further in April, also close to 60. There are likely to be further short term increases as restrictions ease further.

The European Central Bank are not expected to make any changes at their policy meeting this week.  Eurozone CPI inflation has risen significantly from 0.3% in December to 1.3% in March. This is mostly due to energy prices.  Core inflation has risen from 0.2% to 0.9% partly due to higher VAT rates.  Further rises in inflation are expected this year, but the ECB is in no hurry to rein back policy stimulus.  After increasing the rate of asset purchases, the ECB is likely to wait for new economic forecasts in June before deciding on the next course of action. Rising Covid-19 cases in Germany and France remain a particular concern in the near term.

The Eurozone flash PMIs will be interesting this week. The global economic recovery should have a positive impact on domestic activity. However, concerns about rising Covid cases and extended lockdowns in France and Germany could hold up activity in the short term. We expect falls from the wrong growth in the latest manufacturing reading, but still around 60.  Services is likely to be just below the 50 expansion level. Last week, February retail sales increased by 3.0%, though industrial production fell by 1.0%.

US data have been particularly strong recently, with the economy expanding, reflecting the impact of the latest fiscal stimulus package and progress in Covid vaccinations. Retail sales increased by 9.8% in March.  Weekly initial unemployment claims dropped by 193,000 to 576,000, which is the lowest level since the pandemic began. Housing starts rose strongly and CPI inflation jumped up to 2.6% from 1.7%.

Despite all of the positive data, 10-year US Treasury yields fell. This is partly due to their significant rise so far this year.  This applied some pressure to the US dollar which fell over the week. There is not much further data out this week.  March existing and new home sales are expected to show further increases.  The April manufacturing and services PMIs are also expected to show further increases to above 60, showing ongoing solid growth.