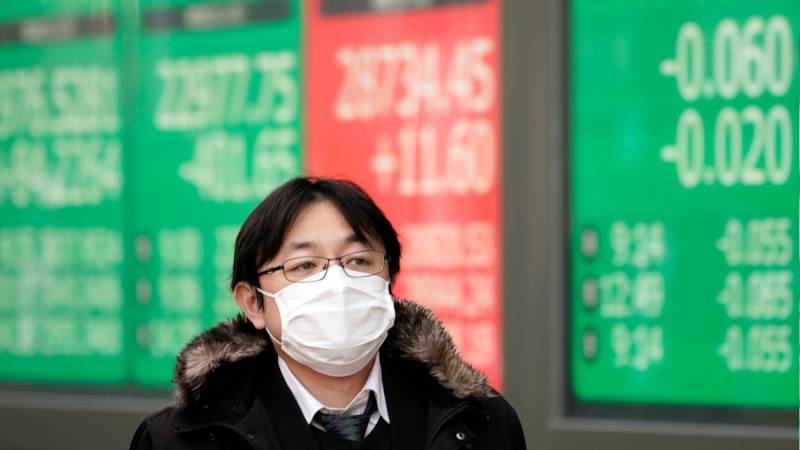 The Bank of England left interest rates on hold last week due to a pick up in growth since the election. The Monetary Policy Committee voted 7 to 2 in favour of no change, in line with the last two meetings. As it was a close call, sterling appreciated modestly on the news.  The next decision comes after the 11th March Budget.  This is expected to confirm some fiscal easing aimed at expansion.  For the next six weeks, markets will watch the data to see whether the strength continues. There is little this week, except for any potential revision to the PMI January ‘flash’ estimates that showed an increase from December.

Asian equity markets fell again on Friday making it their worst week since last May. Concerns about the spread of the coronavirus continue to dominate.  Both the Bank of England Governor Carney and US Fed Chair Powell noted that they are monitoring the economic effects. At the time of the SARS outbreak, there was a sizeable impact on the GDP of East Asia. China now accounts for a much larger share of global output and its links to the global economy are greater. That points to clear risks to growth in the first half of 2020, but these could go away quite quickly.

The UK officially left the EU on Friday evening and all eyes will now turn to the negotiations with the EU.  Ahead of formal negotiations in March, markets will watch the posturing of politicians for indications.  So far the government’s line is that the UK will not follow EU rules on goods.

In the Eurozone, last week’s fourth quarter GDP showing a minimal 0.1% rise.  German retail sales also fell sharply in December. This week, German industrial production and Eurozone retail sales will probably confirm the weak end to 2019. The key question, particularly for the ECB, is whether things will improve in 2020? Indications from business surveys such as the PMIs have not signalled a pick up so far.  It will be interesting to see if there is any sign of an improvement in the latest factory orders from Germany.

This continued weakness in the Eurozone will certainly give the ECB something to think about at their next meeting.  January CPI inflation moved up to 1.4% from 1.3% though ‘core’ inflation fell to 1.1% from 1.3%.  This remains well below the ECB target with little sign of picking up in an ongoing way.

As expected last week’s US central bank policy meeting left interest rates. Fed Chair Powell’s comments suggested rates could be on hold for a considerable time. He did, however, express frustration that inflation remains below target.  Markets view this as a signal that interest rates may be cut again later this year. Growth continues to be solid, with fourth quarter GDP at 2.1%, as in the third-quarter. This week, we will see the January readings for the labour market and the ISMs. These are both likely to show continued growth in 2020 which means a move in rates is unlikely in the short term.

Today, Iowa holds its caucus marking the formal start of the process to choose the next US President. President Trump is almost certain to be the Republican candidate. Who will represent the Democrats is less certain, as there are still nine candidates. Former Vice President Joe Biden is leading the way with Vermont Senator Bernie Sanders a close second.  Iowa will be quickly followed by the New Hampshire primary then, on 3rd March, 12 states including California will vote. With a further 10 states voting by 17th of March, the Democrat candidate may be identified relatively quickly.

It is 28 years since an incumbent President last failed to be re-elected.  However, polls show that the President’s favourability ratings are relatively low, suggesting that he could be vulnerable. The State of the Union Address on tomorrow will give President Trump an opportunity to make the case for his re-election.