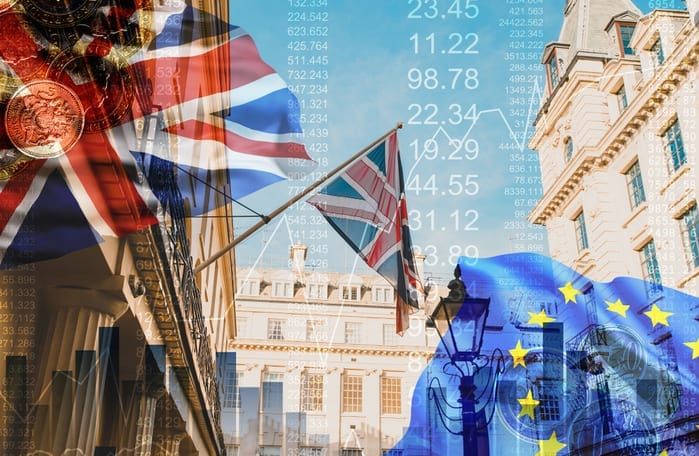 Risk sentiment has recovered despite further rises in coronavirus cases and deaths.  The outbreak is likely to weigh on China’s economic growth this year.  The wider impact is still uncertain with the UK looking at Brexit style contingency arrangements.  Policymakers are keeping a close eye on developments, as further measures are introduced.

We anticipate the UK economy will post a small rise in December.  This will leave fourth-quarter GDP either flat or slightly negative.  Elsewhere in the data this week, December services is likely to have grown, though industrial production and construction are expect to show continued falls. The Bank of England is already factoring in a flat fourth quarter. Last week saw January services PMI revised up to 53.9 which would translate to quarterly growth of about 0.2%. With policy rates left unchanged at 0.75% in January, the MPC will be basing their future decisions on whether the pickup in data continues.

There will be a government reshuffle this week.  Given the focus on the negotiations with the EU around the future arrangements, any changes in the cabinet that will shape this will be keenly watched.  It is also uncertain whether Chancellor Sajid Javid will remain in his post.  The next Budget will be 11th March, with some fiscal stimulus for the economy expected.

Recent economic data suggests a terrible end to the year for the German economy. December retail sales dropped 3.3% and there was a sharp 3.5% fall in industrial production. Germany’s industrial sector has contracted for six consecutive quarters, partly due to global trade tensions. The German economy is expected to have contracted by -0.1% in the fourth quarter, leaving full-year growth at only 0.5%. That could pull down fourth quarter Eurozone GDP to no growth from the 0.1% expected.  The impact of the coronavirus outbreak on economic activity remains uncertain.

Sweden’s Riksbank and the Reserve Bank of New Zealand are expected to keep interest rates unchanged at 0% and 1%, respectively. The Riksbank raised rates in December, bringing them out of negative territory. Given the uncertainty in markets at the moment, there isn’t much impetus for any changes yet.  Meanwhile, the Irish general election threw out an interesting result, with Sinn Fein will the most first preference votes.  They will attempt to form a government with previous opposition Fianna Fail coming second in the vote and the existing government of Fine Gael falling to third.

Global risk appetite recovered last week despite ongoing rises in coronavirus cases and fatalities – the US dollar and longer-dated gilt yields both rose. January non farm payrolls rose 225k and wages increased 3.1% which is above recent results and points to a stronger start to the year.  Unemployment edged up to 3.6%.  This week, CPI inflation is forecast to rise to 2.5%, although core CPI may fall slightly. We expect retail sales to have remained solid, rising by 0.3%, but industrial production probably fell slightly due to weak manufacturing activity.

A key US focus this week will be on the New Hampshire primary, as Democratic candidates battle it out to face Donald Trump in the November Presidential election. Last week’s Iowa caucus results showed Pete Buttigieg and Bernie Sanders neck and neck. Elizabeth Warren and Joe Biden trailed behind.

Federal Reserve Chair Powell testifies to the House of Representatives and the Senate this week. He is likely to reiterate that the economy is in ‘a good place’ and that the hurdle for further policy action is high. Powell is likely to be asked about the potential economic impact of the ‘phase one’ China trade deal, the coronavirus and the Fed’s ‘not QE’ Treasury bill purchases.