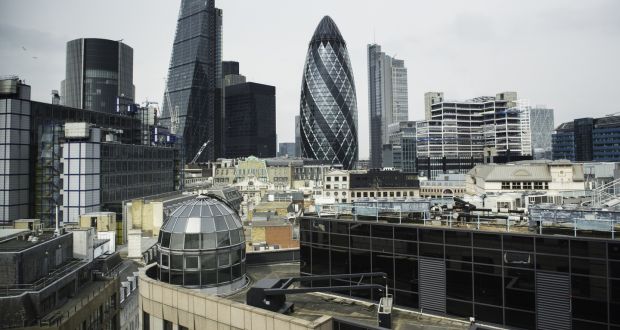 Markets remain concerned about the disruption to supply chains due to the coronavirus outbreak in China. The February business data for the UK and the Eurozone may provide some indication of these. Growth forecasts for the first half of the year have been cut but with the assumption that any hit will be relatively short lived. BoE Governor Carney noted last week that we may have to look through one or two quarters of data that are significantly impacted by the virus. UK GDP rose 0.3% in December, though there was no overall growth in the fourth quarter.

Retail sales are likely to have picked up following weak recent readings. We expect the labour market data to be mixed, with unemployment likely to remain at 3.8%.  Wage growth may, however, edge down again to 3.3%.  Inflation for January is predicted to have risen to 1.6% due to temporary energy price effects.  The Bank of England still forecast inflation to stay below the 2% target for all of 2020 and much of 2021. Manufacturing and services PMI picked up sharply in January. They are expected to show further increases in February.  The manufacturing figure may be influenced by coronavirus-related disruption. We still expect a slight rise to 50.5, which would be the first expansion since last April.

Sterling rose on Thursday following the announcement that Sajid Javid had resigned as Chancellor.  He will be replaced by Rishi Sunak. The initial market reaction is based on an assumption that there was a difference of opinion over the March Budget. This suggests there could be a stimulatory budget and less chance of a rate cut. As there is not much time for the new chancellor, the budget may be delayed from the 11th March date.  This could give the Bank of England less time to assess the Budget before the monetary policy update on 26th March.

Germany and the Eurozone narrowly avoided a fall in GDP in the fourth quarter, as activity stalled in December. Eurozone industrial production fell by 2.1% in December.  As a result, the euro has fallen to its lowest level against the US dollar since mid-2017.  January business surveys pointed to only a modest improvement.  This week’s February IFO survey and Eurozone PMI data will be closely watched for any signs of improvement.  In reality, modest declines in both the manufacturing and services PMIs are more likely

This week is relatively quiet for data in the US. Housing starts and sales are expected to have slipped in January after a strong December. The minutes of the last Fed policy meeting are likely to confirm recent comments from the US central bank.  There will need to be significant changes to justify further near-term interest rate moves. January inflation rose to 2.5% whilst the ‘core’ rate held at 2.3%.  Retail sales rose by 0.3%, though industrial production fell by 0.3% in January.

The mood in markets has improved despite the coronavirus outbreak. Equities have been volatile but in most cases are set to end the week higher. The improvement in confidence may prove premature as we still have little information on the extent of any economic impact. Meanwhile, Democratic candidates will face off in Las Vegas for their ninth debate.   The Empire State manufacturing and Philadelphia Fed survey will give some indication of the continued pick up in the economy.