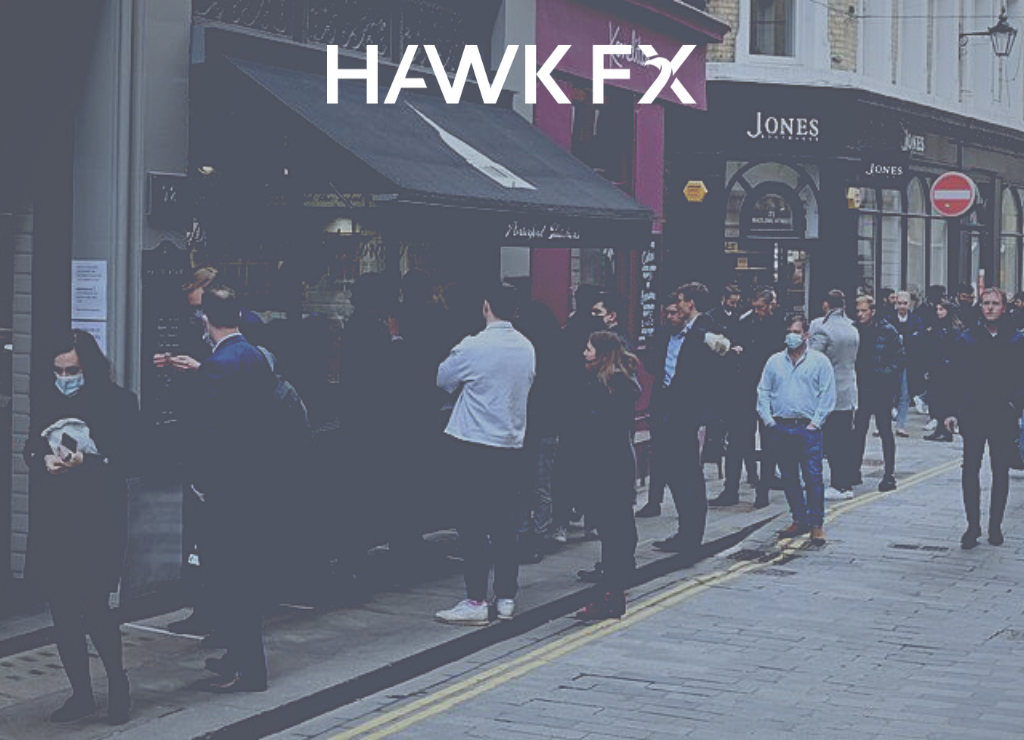 Economic growth has been strong and this is expected to continue.  The rate of growth is likely to be at more ‘normal’ rates through the second half of the year. In the second quarter, GDP increased by 4.8% as reopening boosted output, particularly in hospitality. The Bank of England is forecasting growth around 3% and 2% in the third and fourth quarters.  This would give full-year growth of about 7.25% and would just about bring the economy back to the size it was before the pandemic.

This week, we will see July GDP, which is likely to show a monthly increase around 0.8%.  There would have been stronger growth, but for the ‘pingdemic’ and some supply constraints. This moderation in near-term growth is also showing through in the PMI survey.  The composite index (reflecting manufacturing and services output) eased for a third month to 54.8 in August.

Overall confidence, shown by the Lloyds Business Barometer increased by 6 points to 36%, the highest level since April 2017.  This was a result of improvements in firms’ trading prospects.  Expectations for pay growth are at their highest since the start of the pandemic. One of the major risks to continued growth is how quickly supply constraints, for raw materials or staff, will be resolved

This week, we will see a policy update from the European Central Bank. Last month, the ECB adjusted its forward guidance on interest rates.  This effectively raises the hurdle for a first increase. The focus for this meeting is whether the pace of asset purchases will be reduced under the Pandemic Emergency Purchase Programme this year. The level of purchases was increased to €80bn in the second quarter.  There is some pressure to reduce stimulus, especially after inflation increased to 3.0% in August.

We have already been some hawkish comments from heads of some northern European central banks.  There have been suggesting of a desire to reduce asset purchases. The ECB will likely continue to be cautious, highlighting risks relating to the delta variant and a moderation of global growth. The ECB’s new forecasts will upgrade short-term inflation. Any reduction in purchases will likely be limited.

The Reserve Bank of Australia and the Bank of Canada will also provide policy updates. Both central banks are expected to maintain their current policy settings. There was a surprise contraction Canadian GDP in the second quarter.  Australia is battling the delta variant which could lead to a contraction in the third quarter.

The main focus last week was the labour market report. Some Federal Reserve policymakers have said that improvement in the US labour market will  be key to deciding when to reduce its asset purchase programme.  Non-farm payrolls disappointed by adding just 235k jobs in August.  Expectations were for around 800k with July’s upwardly revised gain of 1.1m jobs. The weaker employment data saw a weakening of the US dollar.

There was speculation that the Fed may announce a reduction in asset purchases at the 21st/22nd September policy meeting.  Following the employment figures, it is more likely that they hold off on ‘tapering’ for some time.

This week sees a shorter week, with a US holiday today.  There is then limited information with only second-tier releases and final Fed speeches ahead of the ‘blackout period’ before September’s FOMC meeting.