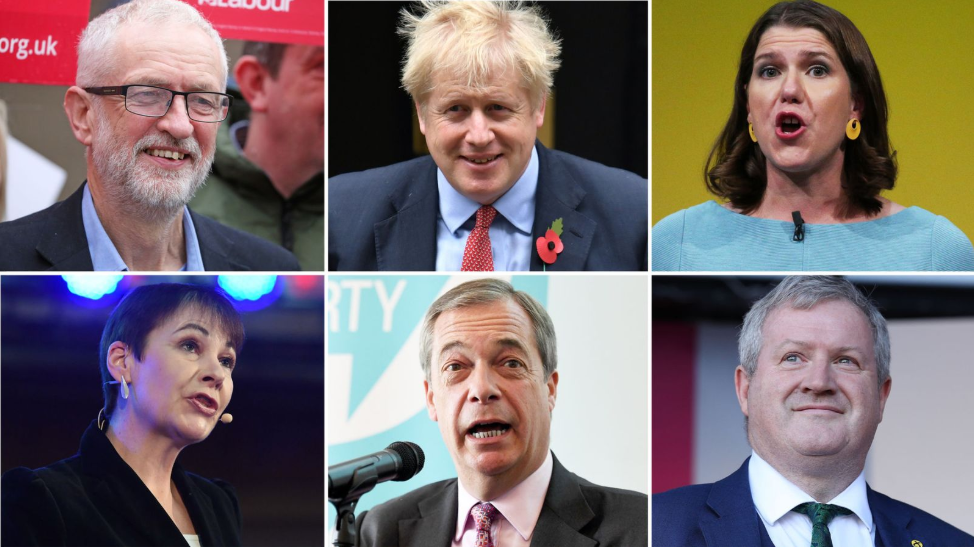 We continue to focus on the UK election polls ahead of all other data.  The markets are now dissecting polls to the “multilevel regression and post-stratification”-type methodology. The only poll using this technique predicted a hung parliament in 2017 and is currently predicting a Conservative majority of around 70.  The pound was generally stronger, though the latest couple of polls suggest the Conservatives have a smaller lead.  With an increase in the chances of a hung parliament, the pound has fallen slightly.

Bookmakers have a Conservative majority around 70% versus about 30% for a hung parliament. In recent elections, the Bookies have been a pretty good indicator!  Following several live debates, the focus this week will shift back to the polls ahead of Boris Johnson and Jeremy Corbyn’s debate on Friday.  US President Trump will also visit the UK for a NATO meeting to mark the 70th anniversary and to visit the Queen.

This week we have final November PMIs for manufacturing and services, which are likely to confirm weak ‘flash’ readings. The composite PMI fell below the key 50 level, indicating contraction in economic activity. Retail sales will also give an indication of activity in the run up to the seasonal shopping increase.

The main Eurozone event will be Christine Lagarde’s first appearance as ECB President at the European Parliament. She is likely to reiterate the need for fiscal policy to play a bigger role to support growth.  This would be likely to speed up the exit from ultra-loose monetary policy. There are no indications that Germany will do so, unless the economic outlook deteriorates significantly.

Recent business surveys, such as the German IFO, suggest that confidence may be stabilising.  We have already had a big fall in German October retail sales, which is likely to drag down the Eurozone number on Thursday. Germany will also release October factory orders and industrial production.

Lagarde is likely to be quizzed about the outlook for policy. The ECB’s view is that there is further scope for additional stimulus.  A policy review is expected to begin early next year.  This is likely to discuss a number of issues, including clarifying the inflation goal and introducing symmetry in the target and flexibility in policy implementation.

USD – US Payrolls to rebound

After cutting rates three times this year, the US Federal Reserve is on pause mode for now and almost certain to leave rates unchanged next month.  This week’s economic data are expected to reinforce this view.  The main event is the November nonfarm payrolls which are likely to rebound by 200k. The underlying trend has softened this year, averaging 170k versus 220k in 2018.  We do remain near the cynical lows for unemployment.  Average hourly earnings growth has moderated is only likely to rise moderately to 3.1%.

Consumer spending remains key for near-term US economic prospects. Early signs point to better capital spending and external trade balance. The November ISM manufacturing is expected to stay below the 50 level.  Non-manufacturing ISM is likely to move up slightly to 55.