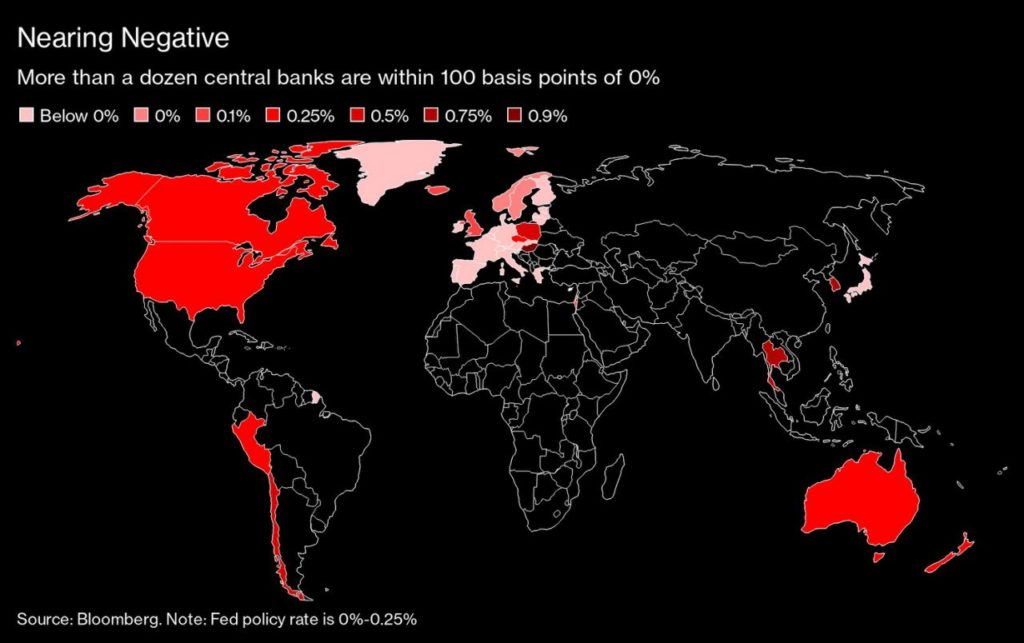 There is still plenty of concern about the possibility of negative interest rates.  This has continued to weigh on sterling. Last week, BoE policymakers again didn’t rule out negative rates but confirmed that other options are likely first. As a result, sterling continues to trade towards the bottom of recent ranges. It has been around 1.22 against the US dollar and around 1.12 against the euro for most of last week.

This week, we will see consumer and business activity readings which may show signs of improvement. Last week saw manufacturing PMI increase to 40.6 from 32.6 and Services to 27.8 from 13.4.  Both are however still well in negative territory. UK inflation fell to 0.8% in May on lower energy costs.  Meanwhile, retail sales fell by 18% in April and UK borrowing increased in April, reflecting the costs to combat the Coronavirus impact.

There remain concerns about the lack of progress in Brexit talks between the EU and the UK.  These concerns are another reason that sterling remains under pressure. Talks are due to resume at the beginning of next week.  The government has ruled out any extension past the end of the year.  This is when the transition period for the UK’s exit ends.

The main focus this week in Europe will be the European Commission unveiling the EU recovery fund.   This will provide economic support for countries affected by the coronavirus. Last week there were proposals by Germany and France for a €500bn fund. Some northern European countries have already raised concerns about the proposal to provide grants instead of loans.  The main concern is not having oversight over how the grants will be spent.

In terms of data for the week, the German IFO business survey will provide insight into the economic sentiment.  It is expected to show improvement, though any recovery remains uncertain. An expected increase to around 78 would still be lower than in March. The European Commission’s Economic Sentiment Indicators are also expected to show some improvement from April. Eurozone May inflation is likely to show a fall to around 0.1% on the back of weaker energy prices. Last week saw manufacturing PMI rise to 39.5 and services rise to 28.7.

The past week has been a mixed one for markets. Equities markets surged higher in the early part of the week due to in part to positive news on the early testing of a Covid-19 vaccine.  The US dollar slipped last week against a number of pairs including the euro but recovered some of its losses later in the week.  Fed policymakers said negative rates were not being considered for now without ruling out the option.  In line with other countries, May manufacturing PMI rose to 39.8 with services increasing to 36.9.

The US first-quarter GDP showed the economy contracting by 4.8% – the largest decline since 2008. The second estimate this week may show an even larger contraction with more data. GDP seems set to fall much more sharply in the second quarter and April updates for durable goods orders & shipments, consumer spending and international trade are all likely to show significant drops in activity. The Fed’s preferred inflation measure the PCE deflator is forecast to show an annual rise of only 0.4% in April. Weekly jobless claims may show further signs that the rise in unemployment may now be close to peaking. Finally, the Fed’s Beige Book will provide a timely anecdotal update on business sentiment.