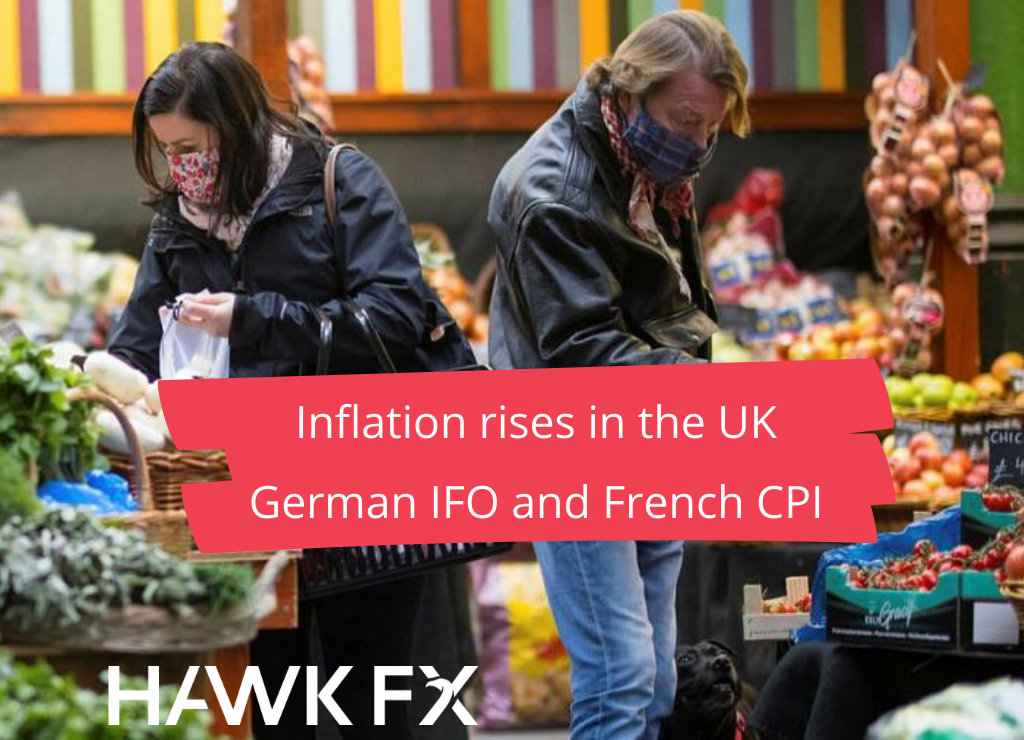 GBP – Inflation rises in the UK

Last week inflation increased to 1.5% for April. This was expected and was much smaller than the surge in the US to 4.2%. Inflation is likely to rise further due to energy costs and will potentially average above the 2% target over the next year.  Bank of England Governor Bailey confirmed to the House of Lords last week that he expects inflation to fall back as energy prices and supply chain disruptions fade.

Unemployment came in lower at 4.8%, compared to market expectations for no change at 4.9%. The extension of the government’s furlough scheme and the rolling back of lockdown restrictions mean that the unemployment rate is likely to peak lower than previously expected. The Bank of England is forecasting a peak of just under 5.5% next quarter. A series of top Bank of England members will testify to Parliament’s Treasury Select Committee on the Monetary Policy Report.

The government is keeping a very close eye on rising cases of the Indian Covid variant.  The next stage of the easing of restrictions in England set for 21 June.  Retail sales soared by 9.2% for April. Surveys for May suggest a further rises in consumer and business activity.  This is likely to lead to a strong bounce-back in GDP growth this quarter.

This week, the main data in the Eurozone is the German IFO business survey.  This provides a guide to the largest economy in Europe. We expect the headline IFO index to rise to 98.3.  This would provide further evidence for a return to growth which would lift the Eurozone out of recession. The economic sentiment survey is also expected to show an improvement. French flash CPI for May will be the first major country to release inflation data for May.

Last week Eurozone composite PMI increased to 56.9.  The services PMI rose to 55.1, while manufacturing activity also remained strong.  Eurozone headline inflation rose to 1.6% in April and we expect a further rise in May. Eurozone inflation may reach 2% earlier than the ECB expected in its latest March forecasts.  The Central bank expects it to drop back sharply early next year.

Financial markets remained nervy about global inflation prospects.  This has provided some safe-haven support for the US dollar. The minutes of the April FOMC meeting showed Fed officials comments that “it might be appropriate at some point to begin discussing a plan for adjusting the pace of asset purchases”. That seemed at odds with more dovish pronouncements by Fed Chair Powell.  This was later clarified as conditional on the economy making “rapid progress”.

Last week’s initial jobless claims fell to a new pandemic low of 444k.  This suggests that May payrolls could be stronger than April’s weak rise of 266k. This week, markets will be eyeing closely the April PCE deflator. The Fed’s preferred inflation measure is forecast to rise to 3.5% from 2.3%.  Backwards-looking GDP for the first quarter is expected to be unrevised at 6.4%. A number of monthly indicators, such as durable goods orders and the goods trade data will give further weight to estimates of GDP growth in the second quarter.  It is expected to be even stronger than the first.