Market Report – Inflation above 6%, BoE concerned about growth; EU – Inflation to hit another new high; US – Labour report and inflation 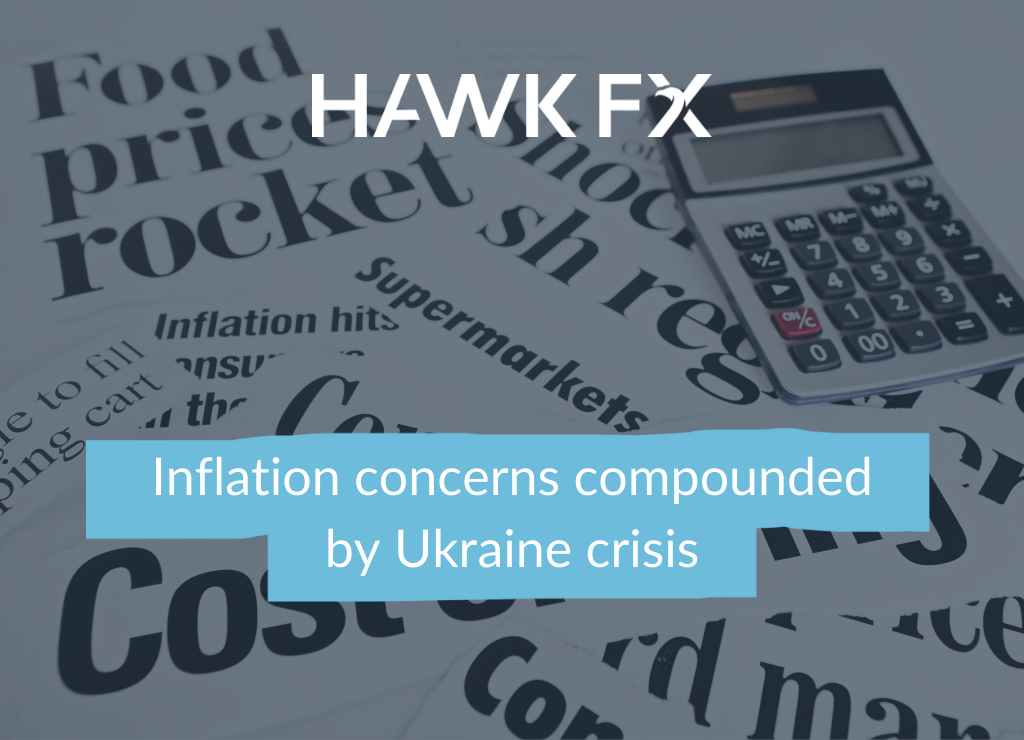 This week, the markets will be watching for updates on growth and inflationary pressures. The second reading for fourth quarter GDP will include new detail on the consumer sector. Last week saw a fall in February retail sales and a further slip in consumer confidence. Even though Chancellor Sunak introduced measures to offset some of the cost-of-living squeeze, the Office for Budget Responsibility said that real incomes this year are still likely to drop at their sharpest pace since the 1950s. Thursday’s update will show what happened to real income growth in Q4.

In contrast to the Federal Reserve, the Bank of England seems more concerned about growth prospects. This month it downgraded its policy guidance to now say that “some further modest tightening…may be appropriate”. The key developments in their both economies look similar. In both inflation is still rising, with UK CPI inflation hitting a new 30-year high above 6%. Both labour markets appear very tight. And finally, consumers’ spending power is being squeezed by inflation. Of course, the US may feel that it is less closely linked to the Ukraine & Russia economically and that as a net energy producer it is better placed to ride out current price rises.

The March reading for Eurozone CPI inflation is expected to post another rise. We expect annual inflation to soar to 7.3%. This will be another new high for the single currency era. The European Central Bank still seems to be vacillating over whether it is more concerned about growth or inflation. It will remain very mindful of potential negative growth impacts from the Ukrainian situation. They may also take comfort from core inflation still being much lower than elsewhere. Nevertheless, the ECB does seem to be on course to end its asset purchases in Q3.

The March labour market report will be seen as a key bellwether of potential inflationary pressures. Fed Chair Powell has described the labour market as ‘red hot’. It is clear that the Fed is concerned that accelerating wage growth is adding to the inflationary pressures from high energy prices and supply bottlenecks. The February labour market report was reassuring for the Fed as despite strong employment growth and a fall in the unemployment rate, wage growth slowed. However, given the indications that they still regard the underlying trend as upward, the Fed will watch this report closely, particularly as it is the last labour market report before the May US monetary policy update. A rate hike at that meeting looks a near certainty but the strength of wage gains may be an important determinant of whether that increase is by 0.25% or 0.50%.

The Fed’s preferred inflation measure is forecast to show annual inflation rising to a 6.5%, a 40-year high providing further confirmation that near term inflationary pressures remain intense. However, readings on economic activity trends are expected to be mixed. The March ISM manufacturing measure is likely to still be at an elevated level signalling that activity across the sector remains strong. However, consumer spending may have seen no growth in real terms in February. A fall in the Conference Board’s consumer confidence measure would be a sign that this area could be a source of downside risk for US growth.