General Election result, the impact and next steps 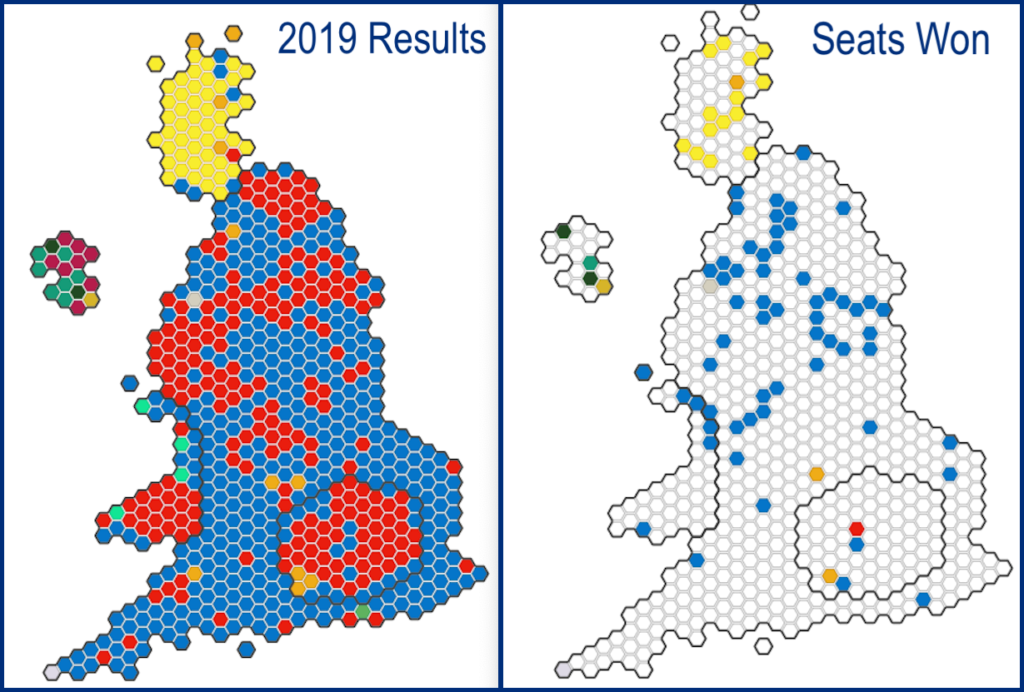 Despite a narrowing of the polls, the Conservative Party won a decisive election victory with 364 seats. (With 1 seat still to announce). This election result gives Boris Johnson a clear majority in Parliament. Most of the gains came from traditional Labour seats and leave-voting constituencies. After a disastrous election result, Jeremy Corbyn will stand down from the Labour party. LibDem leader Jo Swinson will also step down after a poor result including losing her own seat. The other beneficiary on the night was an increase of 13 seats for the SNP.  Nicola Sturgeon has already claimed this provides a mandate for a further Scottish independence referendum. In reality, it was probably more about avoiding the Conservatives and rejecting Brexit.  Nevertheless, it will lead to another clash between the Conservatives and the SNP.

The effect on the currency markets at the time of the exit poll was that GBPUSD immediately jumped up to 1.35. GBPEUR flew up close to 1.21. Both have since settled back a touch to 1.34 and 1.20 respectively.  The markets now await further announcements. If you would like to discuss how these moves have affected you and your plans for 2020, please do get in touch.

The focus will now shift to the new cabinet and the next steps to be laid out by Boris Johnson. He is expected to lay out his parliamentary agenda in a Queen’s Speech before Christmas.  He may also bring back the Withdrawal Agreement for a vote before the end of the year. The focus will then shift to the next stage of the process with the negotiations expected to start with the EU around the future trade arrangements in February or March. Given the size of the majority, Boris may take a softer approach to Brexit to remain closer to the EU. There is also the expectation that he will have a better negotiating position without the degree of division in Parliament.

How we can help