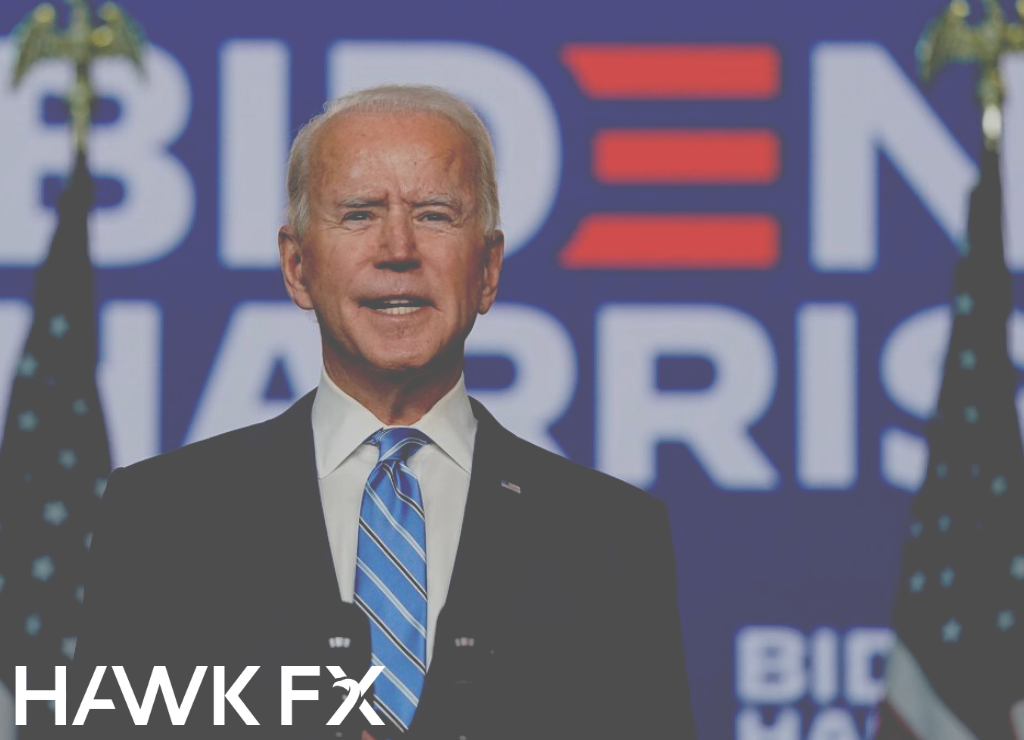 With England now into a month-long lockdown, further lockdown support is announced.  Chancellor Sunak announced an extension to the furlough scheme until March to cushion the blow to the economy.  Meanwhile, the Bank of England increased asset purchases more than expected by £150bn to provide further support.

This week, we see the release of labour market statistics and GDP. The unemployment rate increased more than expected to 4.5% in August. Changes by the ONS to correct for lower response rates of renting households has resulted in more of an upward trend in unemployment this year. We expect a further increase in the jobless rate to 4.9% in September which would be the highest since 2016.  The GDP figures for September will complete the picture for the third quarter. August growth slowed to 2.1%. This shows an ongoing slowdown, from 6.4% in July and 9.1% in June. The September reading is likely to be in line with August’s figure, around 2%.  This would result in an overall rebound in the third quarter of around 16%.

The fourth quarter looks less promising given the rise in coronavirus infections and the reintroduction of lockdown. The Bank of England expects the economy to contract again in the fourth quarter. Growth is expected to to resume in 2021, depending on the outcome of the latest lockdown. Faster medical advances such as a vaccine could provide a quicker rebound. The Bank expect the unemployment rate to rise to a peak around 7.75% in the second quarter 2021.  The Chancellor’s extension of the furlough scheme and further lockdown support from the BoE may limit rises and lead to a lower peak.

In the Eurozone, the second reading for third-quarter GDP is likely to confirm a rebound close to 13%. The September industrial production figures are expected to point to a marked slowdown through the quarter. With Covid cases rising across Europe and lockdown in Germany, the ZEW survey is likely to show weaker optimism about the economy.  Meanwhile in EU/UK negotiations, the EU’s Barnier will continue discussions in London with David Frost.  “Very serious divergences remain” though a more promising call between Boris Johnson and Ursula Von der Leyen over the weekend suggest there is a willingness to reach a deal.

ECB President Lagarde will give an introductory speech at the two-day ECB Forum on Central Banking. She will also take part in a policy panel with US Fed Chair Powell and Bank of England Governor Bailey. Any clues about future policy and direction could affect the markets.  Bank of England Chief Economist Haldane will also take part in an online event on the economic impact of the coronavirus and the long-term implications.

Joe Biden has been declared as the winner of the Presidential election. President Trump is yet to concede, as he continues to pursue recounts and legal action.  A bigger the margin of victory for Biden would have made it more difficult to challenge the result. The outcome was much closer than polls predicted as the ‘Blue Wave’ failed to materialise.

Financial markets over the past week has seen a surge in risk appetite, with equities rising and the US dollar falling.  The rise in equities may be a result of the Republicans holding on to the Senate.  This reduces the chance that a Biden administration will increase the regulatory burden on business. However, political ‘gridlock’ may also lead to a smaller fiscal stimulus package.  This could be the reason for a  fall in US Treasury yields. The Federal Reserve left policy unchanged as expected, but Chair Powell emphasised again that the US central bank stands ready to offer more support to the economy.

US interest is focused on CPI inflation and weekly jobless claims.  Possibly the most interesting might be the preliminary reading of the University of Michigan consumer sentiment report. We expect a slight decline in the November consumer sentiment index to 81.0.  Last week, US nonfarm payrolls increased by 638k which was better than expected, whilst the unemployment rate dropped to 6.9% from 7.9%.