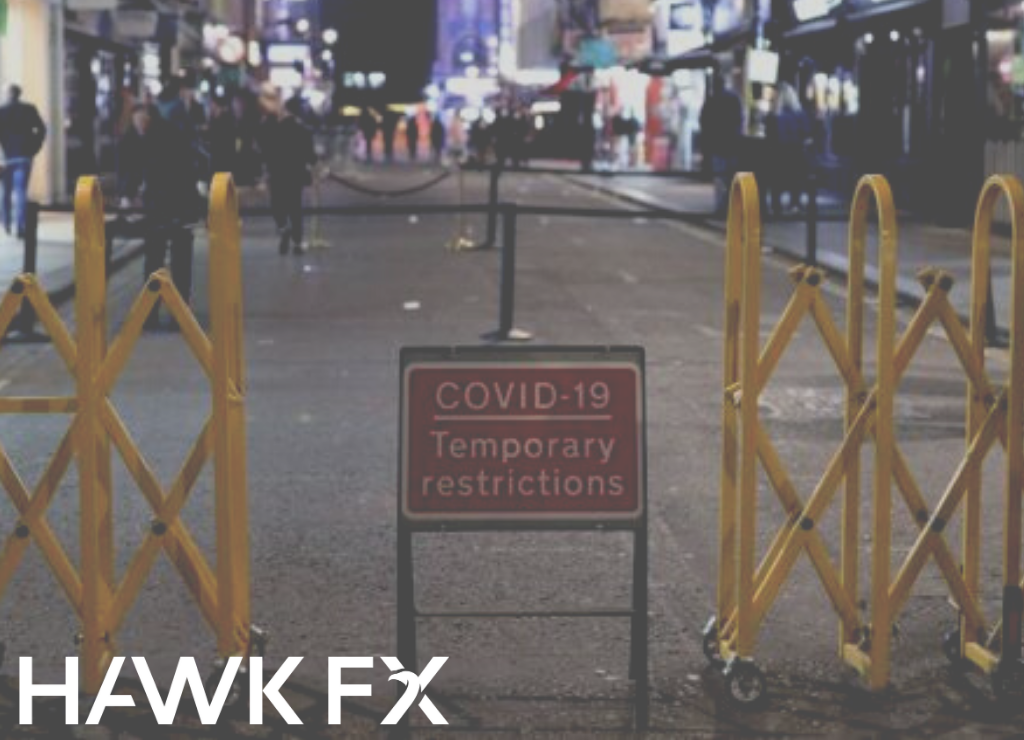 Concerns continue to increase around further rises in Covid cases. An announcement is expected this evening to introduce new Covid measures. Across Europe, the rules have been tightened in Belgium, France, Germany and Italy. Scotland also announced stricter Covid measures, including the temporary closure pubs and restaurants in certain areas. Media reports suggest a three tier-system for local lockdowns will be introduced in the UK, with the North facing tighter restrictions. Perhaps to cushion that blow, Chancellor Sunak announced a new ‘local’ furlough scheme.

Last week, the economic data was below expectations, suggesting that the post-lockdown rebound in activity is losing momentum. August GDP growth was 2.1%, sharply down from the 6.4% gain in July. Some of that rise was a result of temporary schemes to boost growth in the hospitality sector.   A strong rise in GDP is still likely in the third quarter. However, with restrictions on the rise across Europe, concern is growing about what happens after that.

There is little further data this week, with only BRC retail sales and the labour market report. That is forecast to show a further modest rise in the unemployment rate in the three months to August to 4.3% (from 4.1% in July) and a fall in employment of 30k. That would still leave unemployment at a very low level considering the ongoing impact from the pandemic. However, it will tell us little about what will happen when the government’s furlough scheme closes at the end of this month. September construction PMI rose to 56.8 from 54.6 whilst the services PMI was revised up to 56.1.

The EU Summit at the end of the week is likely to be a key date for Brexit negotiations. Boris Johnson has threatened to end Brexit talks if the outline of a deal is not clear before then. Negotiations will continue for now with optimistic reports recently, but key sticking points include fishing policy. The Summit will also discuss a range of other topics and the main one will be Covid. Leaders agreed on a fiscal support package at a previous meeting but some of the details have not been agreed.  This has delayed progress on the final agreement in the EU parliament. Given growing concerns about the downside risks to growth they may want to give the process fresh impetus.

There was disappointment in the Eurozone last week, where German industrial production fell by 0.2% in August for the first time since April. However, output rose in France and surged in Italy. The German ZEW survey will provide the first indications of October economic trends. The expectations component has often proved to be a good leading indicator. In September, it reached a 20-year high and so there would be no surprise if it falls this month. We expect a fall to around 70 from 77.4.  A rise in the current situation reading is likely from -66.2 into the -50s. Eurozone industrial production is expected to have risen by 0.6% in August after mixed readings for individual countries.

USD – No US presidential debate

With less than a month until the US President Election, the coming week was due to be the second Presidential debate. However, President Trump has declined to take part in an alternative virtual event. In the meantime, Joe Biden plans to hold an online forum with voters.  Donald Trump may hold a rally instead. The final debate is still scheduled for 22nd October but it is not clear whether it will still go ahead. Democrat and Republican politicians continue to negotiate whether it will be possible to pass another fiscal stimulus package before the election.

The economy has continued to grow despite concerns of a negative impact from the rise in Covid cases. Retail sales have been a key source of strength since lockdown restrictions were eased. We expect September to continue at a similar pace to August with another rise of 0.6%.  Industrial production is also likely to be up again in September, which would be a fifth monthly gain in a row. The October readings for the New York Fed and Philadelphia Fed’s surveys will provide some of the first indications on October trends.  Lastly, we expect annual CPI inflation to be slightly higher in September but not enough to suggest that inflation will get close to the Fed’s target.