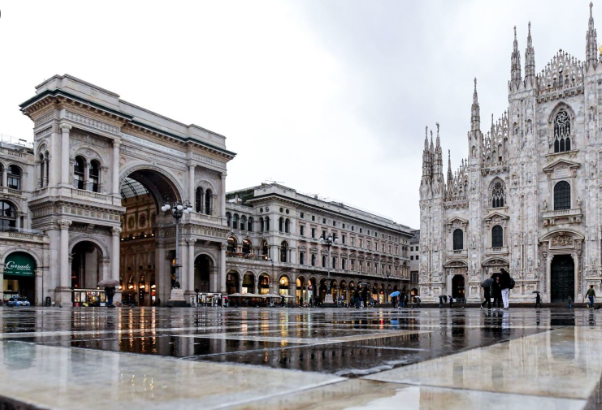 This week, the focus remains on fiscal and monetary responses to the coronavirus crisis. Global equity markets plunged last week, while bond yields rose as investors sought the safety of cash.  The BoE cut Bank Rate to 0.25% and introduced measures to support liquidity to the wider economy whilst the Treasury announced a £30bn fiscal stimulus package.  The Bank of Japan and Swiss National Bank are scheduled to announce their policy decisions on Thursday. The BoJ is expected to adopt measures such as buying more assets and introducing a new lending programme.

The Bank of England reduced Bank Rate by 50bp to 0.25% with key additional measures.  This includes a new Term Funding scheme for SMEs to ensure liquidity continues in the wider economy. Andrew Bailey becomes the new BoE governor today, taking over from Mark Carney.  He appeared alongside Mark Carney at the press conference last week as a show of continuity.  The minutes of that meeting reaffirmed that there is scope for more monetary stimulus, including lower interest rates, restarting QE and enlarging the TFSME.

New Chancellor, Rishi Sunak, announced a raft of measures to tackle near-term risks and to meet the government’s pledges of ‘levelling up’ and ‘unleashing Britain’s potential’. Nevertheless, the pound has fallen well below $1.25, as demand for US dollar rose amid heightened risk aversion.  With fears of a deeper and more protracted impact, Investors are not convinced of the effectiveness of the global policy response. Recent economic data releases have been mostly backward-looking.  We are starting to get some data that captures the impact of the outbreak. China will release retail sales, industrial production and fixed asset investment data for January and February combined.

EUR – Funding measures, but no cut by ECB

At their meeting last week, the ECB decided to keep its benchmark interest rates unchanged.  President Lagarde called on European governments to take timely and targeted action. With rates already at -0.5%, the ECB focused on transmission of low rates to the wider economy.  This included increasing the pace of bond purchases to lower corporate borrowing costs.  For smaller companies, there will be more favourable terms for liquidity provided to banks.

The German ZEW survey is forecast to show sharp falls in investor economic sentiment. Meanwhile, there are reports that the German government may be prepared to ditch its longstanding balanced budget strategy to combat coronavirus. At the European level, officials have said the EU will do whatever is necessary and allow maximum flexibility in fiscal rules to enable governments to provide support for the economy.

The US Federal Reserve was due to meet Tuesday and Wednesday this week, but brought the policy update forward to the weekend.  After its 50bp interest rate cut less than two weeks ago, it announced a series of further measures.  They have cut base rate by 100bp, down to 0.0%-0.25%.  They have also cut the discount rate by 150bps to 0.25%. The Fed also announced a new round of asset purchases pledging to buy at least USD500bn of Treasury securities and USD200bn of mortgage-backed securities.  Finally it made an announcement with five other central banks to reduce the pricing on dollar swap lines to keep international dollar funding remained under control.

This week, retail sales and industrial production figures for February will be released.  The business surveys for March, including the NY Empire and Philly Fed, will be watched more closely to gauge the initial impacts of the disruption. There are further democratic primaries in four states, but the main focus will remain on the impact from the additional banking measures.   So far, equity markets and oil have fallen further, suggesting the support won’t be enough.