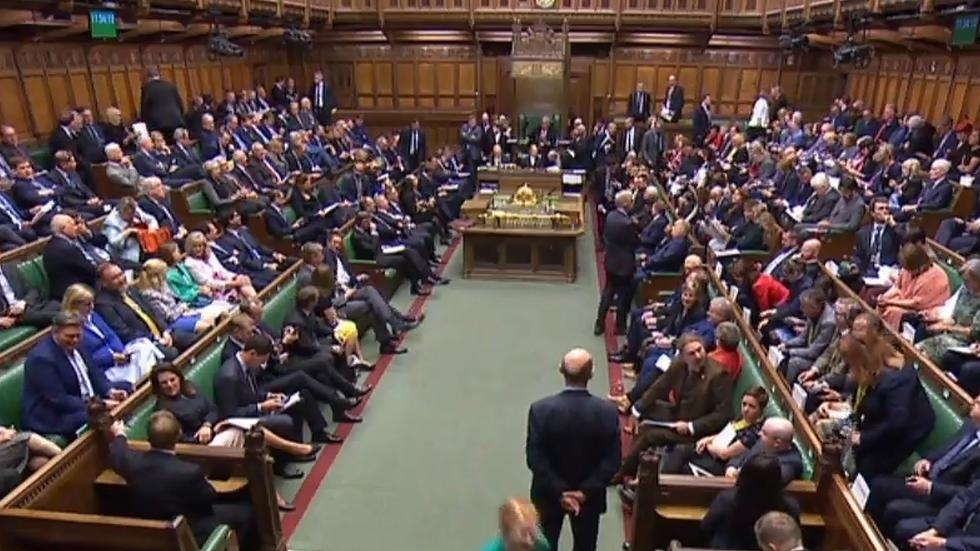 Last week, the House of Commons supported Boris Johnson’s Brexit withdrawal agreement in principle at a second reading.  Parliament didn’t, however, agree to his fast-track timetable that could have allowed completion before 31st October.  As a result, parliament is expected to vote on Boris’ plan for a general election date in December, with the potential to push his withdrawal agreement bill through in the meantime.

Markets continue to pay very little attention to UK economic data.  Fluctuations in sterling are being almost entirely driven by Brexit developments. Sterling slipped in the second half of last week but is still close to recent highs. This week, we have the GfK confidence measure and manufacturing PMI. Confidence is expected to have fallen slightly, whilst the purchasing managers index is expected to continue to show contraction in manufacturing.

EUR – Flextension to be confirmed?

The EU is expected to confirmed this week the terms of their suggested extension.  Reports suggest that most EU countries favour an extension until 31st January with flexibility for an earlier exit if agreement is reached. They may first wait to see if an election date is decided by the UK parliament. A House of Commons vote on this has been scheduled for today.

Last week’s European Central Bank meeting was largely a non-event aside being the final meeting for outgoing President Draghi. During his last press conference, Draghi noted that both economic activity in the region and inflation continue to run well below target. This weeks data is likely to further confirm this weakness. Eurozone growth is expected to be minimal at around 0.1%.  We will have to wait for the German growth reading but this may actually show contraction in the third quarter. Meanwhile, annual CPI inflation likely to have slipped to 0.7% in October which will be the lowest for three years.

This week, markets will be watching whether the US Federal Reserve cuts interest rates for the third successive time on Wednesday. The decision seems to be a close call. Fed policymakers were divided on the earlier moves and recent comments show continued divisions. Only a minority have made a strong case for further immediate reductions. Markets are pricing in near certainty of a cut. As markets are already almost fully discounting a cut next week that move may have little impact. However, as at least one further decrease is expected for next year, a change to forward guidance may be seen as more significant.

Data releases since the September Fed meeting have been mostly weaker than expected.  The first estimate of third quarter growth is likely the economy slowing to 1.6% growth. The report may also raise concerns over consumer spending. On Friday, the October payrolls report is likely to show employment also continues to grow at a slower pace.  The ISM manufacturing survey is expected to continue to show a contraction in activity, though it may be an improvement on the September reading.