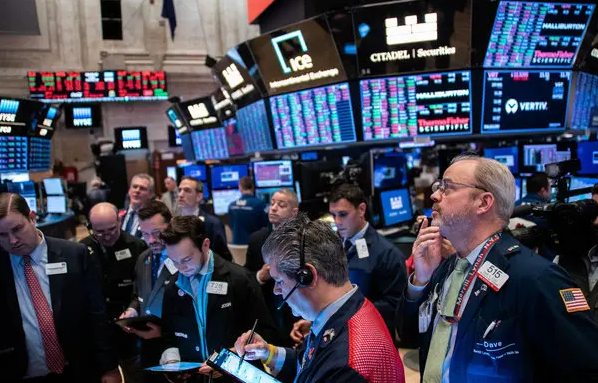 It has been a rough week for global equity markets with coronavirus fears continuing to rise. The reported cases are well above 80,000. Italy has the largest number of cases in Europe, while the UK total has been increasing. There is no consensus on when the outbreak is likely to peak.  Information on the economic impact remains patchy. There are reports of factory closures, people being asked to work from home and major sporting events postponed.

The first data to show the impact was the China February manufacturing PMI which all plunged to 29.6/35.7/40.3 for the different measures.  This was due to the Coronavirus related shutdowns following the Lunar New Year. Export sales dropped on the back of shipping restrictions and order cancellations. The probability given of early rate easing by central banks has gone up.  A cut by the Bank of England at its next meeting (26th March) is now close to 50%.  By contrast, the message so far from central bank policymakers has been that they are closely monitoring the situation but see no great urgency to act. It will be interesting to see whether the conversation starts to change during upcoming policymakers remarks.

Meanwhile, Boris Johnson has threatened to walk away from EU trade negotiations in June if a deal seems unlikely.  This hasn’t yet affected markets – GfK consumer confidence rose in February to the highest level since 2017.  This week, PMI manufacturing, construction and services will be closely watched for effects from supply disruptions.

The February manufacturing PMI for the Eurozone showed little impact from any Coronavirus fears and disruption.  The previous Eurozone PMIs surprised to the upside, suggesting economic growth is stronger in first quarter than the end of last year.  It is probably still too early to see the effects show up in economic data yet.  The March readings will be particularly instructive and closely watched.  Other Eurozone economic data this week will attract little interest with the ECB firmly stuck in wait-and-see mode.

On Thursday, Wall Street had its biggest one day fall since 2011 with the largest weekly decline since 2008. The US dollar also came under pressure with government yields falling.  It is close to a four-week low against the euro, as expectations of a US interest rate cut go up. Fed policymakers continue to sound cautious about the likelihood of a move.

On Friday the February labour market report will be released. This is likely to show another sizeable gain in monthly employment consistent with continued solid economic growth. The majority of US economic indicators have surprised on the upside in the first couple of months of 2020.  This may explain why Fed policymakers see no great urgency to cut rates, despite coronavirus fears. This week we will see ISM non/manufacturing, construction spending and factory orders in addition to the employment reports.

The process of choosing the next US President reaches a crucial stage this week. On ‘Super Tuesday’ 14 states will vote on who should be the Democratic challenger to President Trump.  Vermont Senator Bernie Sanders is the front runner. If he also does well tomorrow, his campaign will gain further momentum. At the moment, a head-to-head race between Trump and Sanders would be a close race.