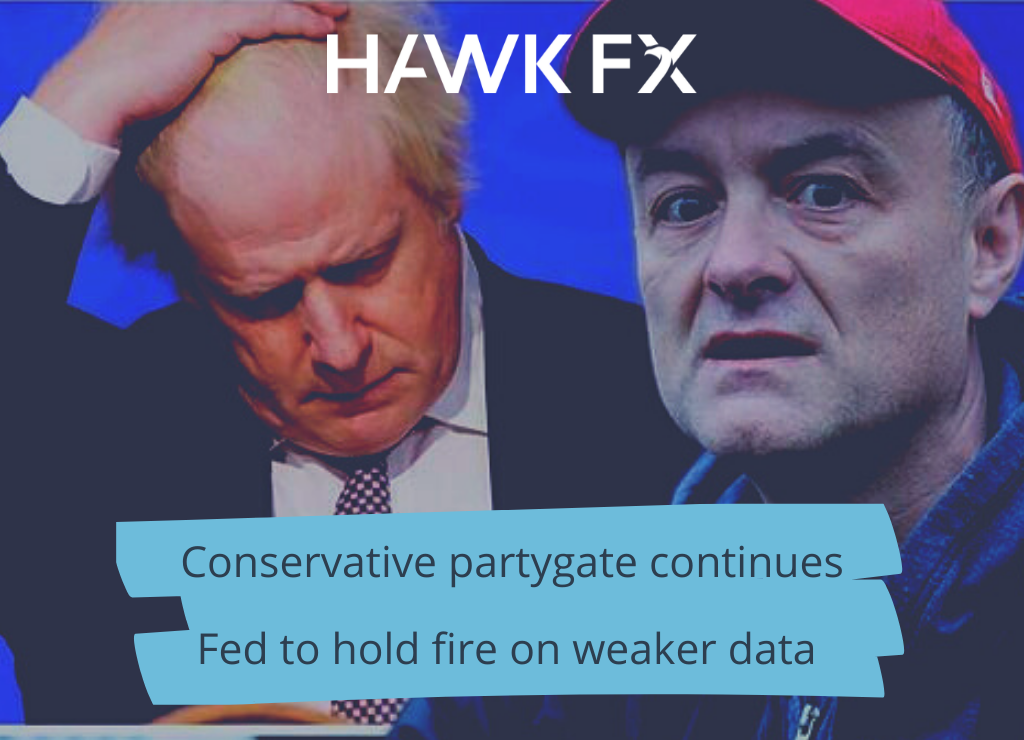 Much of the media focus on the UK has been around the prime minister, partygate and the Conservative party attempts to replace him. The market impact has been limited with no expected change to UK economic policy with a different Conservative in charge. Ongoing geopolitical tension around whether Russia will invade Ukraine is adding to market concerns and has seen the dollar strengthen.

The recent data continues to be fairly positive for the UK economy.  Unemployment continues to move lower, now at 4.1%. The number of claimants Is lower by over 40,000 and average earnings were 4.2% higher. Inflation continues moving higher, hitting a headline-grabbing 30-year high of 5.4%. The ONS’s favourite measure, CPI plus owner-occupiers’ housing costs was up from 4.6% to 4.8%.

Concerns about rising inflation and the potential for sharp rate hikes have concerned the markets.  A further rate hikes by the Bank of England is seen as a near certainty in early February with further rises expected to follow later in the year.  There have been signs that the supply chain disruptions that lie have started to ease and this week’s PMI data may support this. The PMIs will also give some indication on the impact from Omicron on the economy.

The mood last week was more positive in Europe than in the United States. One reason is the European Central Bank. Where other central banks are talking about rate hikes, the ECB is sticking to its belief that inflation will subside of its own accord this year. ECB President Christine Lagarde has state stated that high energy prices and supply bottlenecks are already acting as a drag on growth.  She believes there is less need for monetary activism.

According to the recent ZEW survey, investors in Germany and the Eurozone are “significantly more optimistic” about the outlook. They clearly weren’t concerned by the consumer price index suggesting inflation is at a record high 5%. Rising prices are a challenge for European political leaders, especially in those countries such as Lithuania and Estonia where rates are over 10%.  This week, Eurozone January PMI data for manufacturing and services are expected to be in line with December.

US equity prices have been falling for a fortnight, with concerns over elevated levels and potential rate hikes.  No policy changes are expected in Wednesday’s policy update from the Federal Reserve.  Markets will be looking for a signal on whether it is likely to raise interest rates in March.  A 25bp increase is priced in by markets for March, though there is speculation they could hike rates by 0.5%.  The Bank of Canada may well hike rates by 0.25% this week.

Last week saw softer data from the US with disappointing retail sales, and consumer sentiment falling, according to the Michigan index.  The Fed’s manufacturing index also showed a fall.  This week, we will see further quarter GDP which is also likely to stronger growth than the previous quarter, but still below that of early 2021.  Given the mixed data and ongoing concerns around Covid, it is likely the Fed will hold off for now, though they may further speed up the tapering of asset purchases.