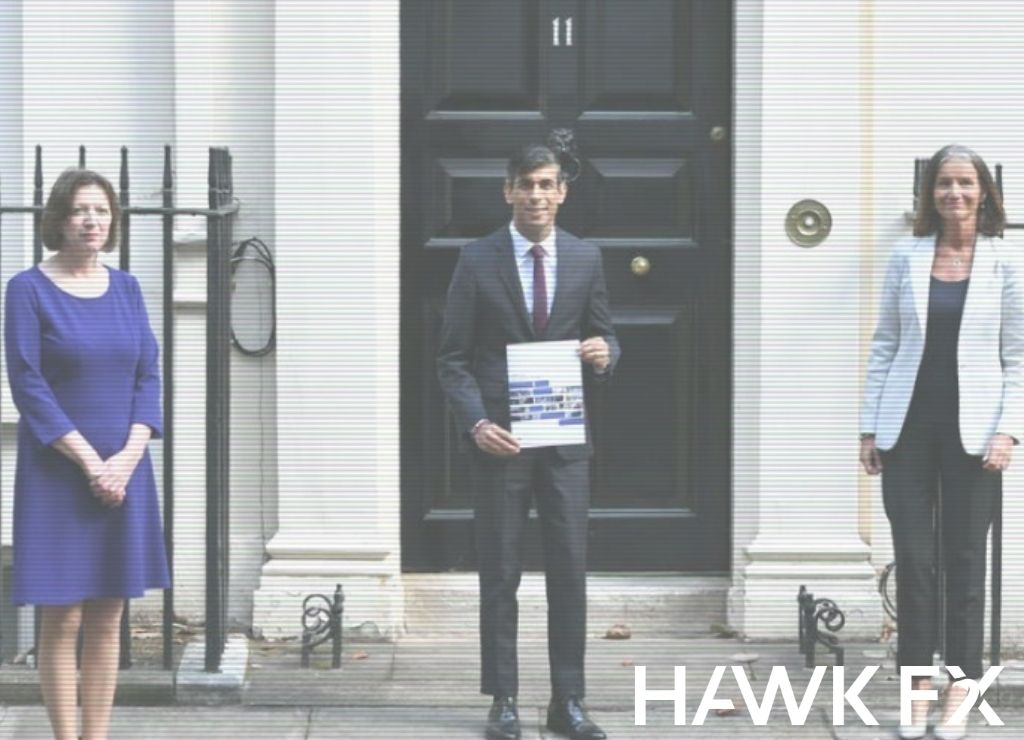 Last week was eventful with a tightening of restrictions in reaction to increasing Covid cases. Those moves were followed by a new economic support package from Chancellor Rishi Sunak. This included a new scheme to replace the furlough scheme from November.  Chancellor Sunak also extended the VAT cut for the hospitality sector until March.  Further changes were made to the lending schemes for businesses which decrease repayment costs.

Manufacturing and Services PMIs were slightly weaker last week, though consumer confidence hit a six month high in September.  This week’s data is likely to show economic activity continuing to rise at the end of the summer. A further acceleration in housing market activity was helped by the temporary cut in stamp duty. The GDP update is a final reading for Q2 may provide some further detail on the downturn. The September manufacturing PMI is also a final reading that is likely to be similar to last week’s estimate.

Though data has suggested a bounce in economic activity, there are some signs now that activity is turning down. The Eurozone services PMI has decelerated sharply over the past two months, slipping to 47.6 from 50.5 last month. More positively, the manufacturing readings are firmer, where social distancing is less of a constraint.  Last week’s German September IFO survey showed rises in current conditions and expectations. This week, September inflation is expected to be the same as August at -0.2%.  August unemployment rate may have increased to 8% from 7.9% in July.  The September Economic Sentiment index may rise to a six-month high. This is a little inconsistent with the downbeat picture from the PMIs.

This week, Michael Gove is travelling to Brussels ahead of another set of ‘formal’ negotiations between the UK and the EU on the long-run relationship. There have been rumours of breakthroughs on some key sticking points. However, the situation remains uncertain and the late December end of the transition period is fast approaching. There will probably be another vote in the House of Commons next week on the UK Government’s Internal Market Bill, which may see a further reaction from Brussels.

The equity markets fell last week given concerns over rising Covid cases.  The worry is that we see a sharp slowdown in economic growth going forward.  This led to a ‘risk-off’ mood and saw the US dollar post its biggest weekly rise against both the euro and sterling since April.  The focus will no doubt continue on Covid statistics and restrictions this week.  US manufacturing and services PMI were relatively stable above 50 last week.

There is a busy data calendar in the US this week, with plenty of recent data for September. Despite concerns that a rise in Covid-19 cases might lead to a sharp slowdown, activity appears to be holding up relatively well. However, weekly unemployment claims suggest that the rebound in the jobs market is slowing. We, therefore, expect a smaller rise in non-farm employment in September of under a million.  We forecast a small fall in the unemployment rate to 8.1%. This would still mean that unemployment is rather higher than in the spring. The ISM manufacturing survey for September is expected to be lower but still showing a further rise in factory output. August updates for construction, consumer spending and trade are likely to show activity rising across most sectors.