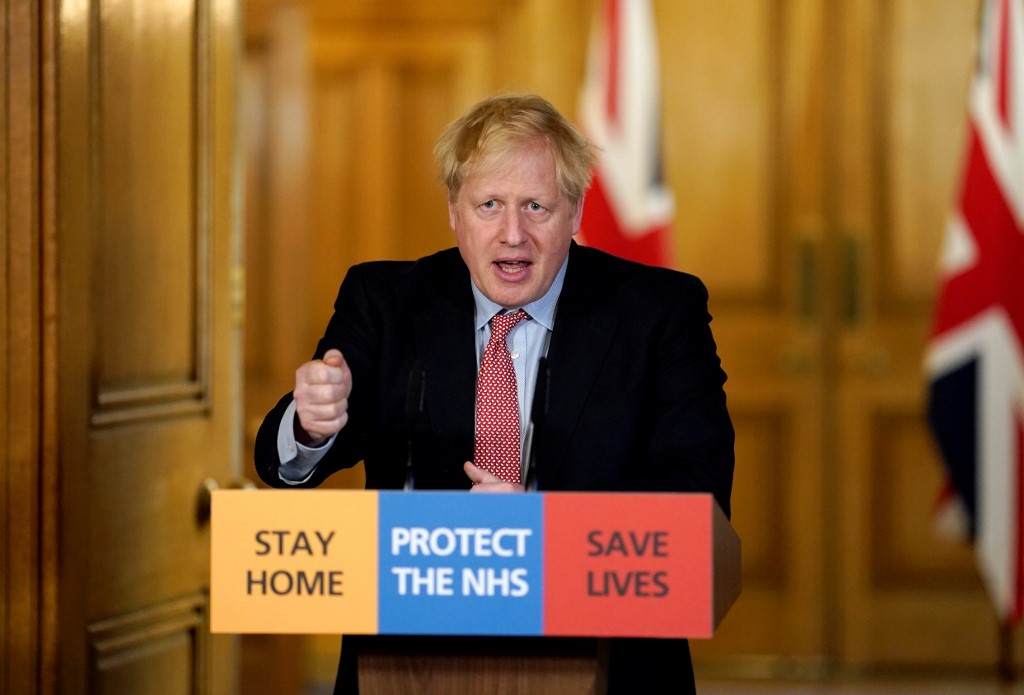 GBP – Boris back in Downing St

The markets last week were relatively unfazed by the deluge of depressing economic data releases.  This included a plunge in UK services PMI to a record low of only 12.3. Global equity markets were only slightly lower on the week though 10-year gilt yields fell below 0.3%.  Sterling was again looking softer against the US dollar and the euro. A significant fall in world economic activity this quarter was already anticipated. The data so far has confirmed these expectations. Central banks and governments have provided measures with the aim of supporting a recovery once lockdown measures are eased. The surveys so far may be underestimating the short-term hit to output.  Any rebound in the second half of the year remains highly uncertain.

Boris Johnson has returned to Downing Street just over two weeks after he came out of hospital.  He will preside over the review of the lockdown on 7th May.  The government has a difficult balance between reopening the economy and the risk of a second wave of infections.  Last week, March retail sales fell sharply by 5.1%, with stronger grocery more than offset by the drop in non-food sales.  GfK consumer confidence was steady after falling to -34 at the last reading. The ONS survey data showed that 27% of the workforce had been furloughed up to 5 April. As expected, the number was highest in accommodation and food services along with entertainment and recreation.  This week, we will no doubt have more record bracingly bad data from the CBI retail survey, mortgage approvals and the final manufacturing PMI.

This week, the ECB will announce their latest policy decisions along with the Bank of Japan and US Federal Reserve. Central banks have already reacted to expectations of a sharp drop-off in economic activity,  so no major further action is expected.  The Bank of Japan may increased asset purchases by making them unlimited rather than having the current annual target.  The ECB has already committed to buying €1.1 trillion of bonds this year, including €750bn within the Pandemic Emergency Purchase Programme (PEPP). The ECB may expand on this scheme, but it is more likely to signal that it is willing to do more and to increase flexibility in its purchases if required.  This could include buying more peripheral debt.

The data from the Eurozone last week was awful, with PMIs falling to record lows and the German IFO survey slumping.  This week, first-quarter Eurozone GDP is expected to decline by 3.0%, with France, Italy and Spain also releasing their estimates. The bigger hit will come in the second quarter.  Estimates for 2020 growth are speculative, but ECB President Lagarde reportedly mentioned a potential contraction of 15% for the Eurozone. Eurozone inflation is expected to fall to just 0.2% with lower energy prices. German unemployment claims are also expected to have risen sharply. Meanwhile, EU leaders agreed that a longer-term recovery fund is needed, but failed to agree on how it would be funded.

The Federal Reserve will also provide their policy update this week, along the Japan and the ECB.  The Fed are expected to hold policy as it is and promise further action if necessary. They may discuss two further policy options. One would be an amendment to the purchasing of municipal bonds, thought this would be a relatively minor tweak. A more significant change could be to move to yield rate targeting. The Federal Reserve may also commit to a longer-term timetable for Quantitative Easing over and above the current week-to-week programme. Meanwhile, Congress passed a $484bn package to support SMEs and virus tests.

Along with the Eurozone, the US will report the first estimates of first-quarter Q1 GDP.  This is likely to show a fall of around 4%, though this will no doubt be eclipsed by the second quarter figures which will cover the period with full lockdowns in place.  Weekly initial jobless claims will no doubt continue to rise significantly.  The past five weeks have already seen initial claims rise by more than 26 million with a further 3 million expected in the last week.  Concerns persist over the shape of any recovery in the second half of the year. As China came out of lockdown earlier, its economic indicators may provide a possible template for other parts of the world. China’s economy contracted by 6.8% in the first quarter.  The official PMI surveys for April are expected to show signs that activity is tentatively improving.