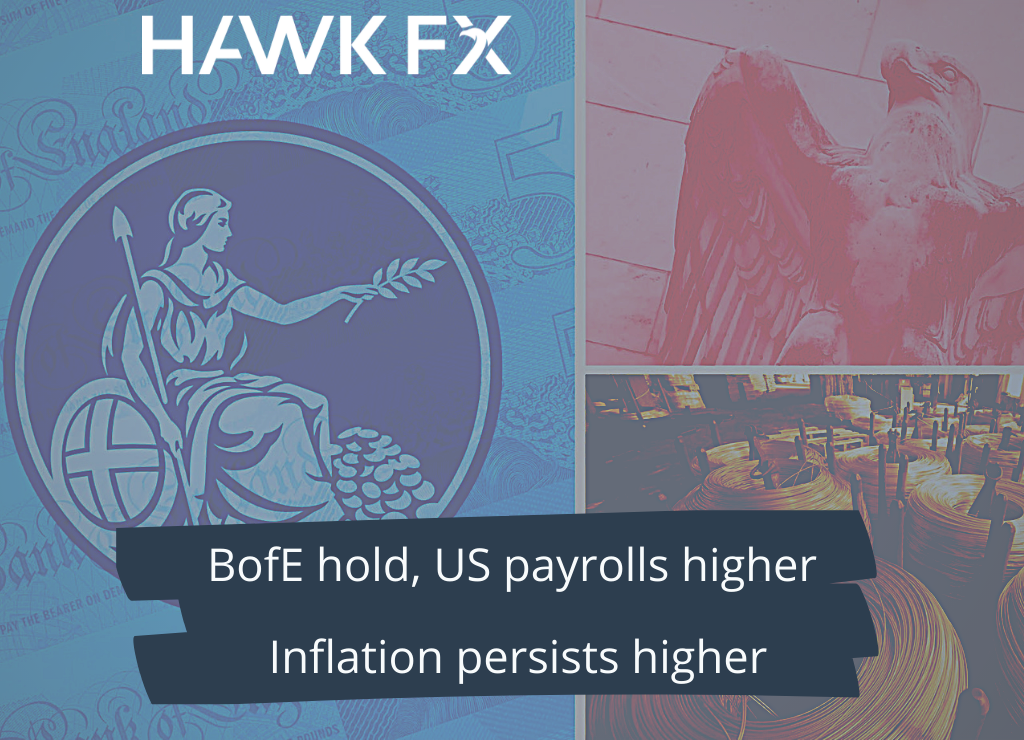 As expected, last week, the Bank of England held interest rates at 0.1% and asset purchases at £895bn to be completed this year.  There was a single dissenter, Michael Saunders, who favoured an early end to QE. The BoE did revise its inflation forecasts, with inflation expected to peak at 4% this year.  They expect this to fall back to the 2% target in two years’ time, with supply bottlenecks easing over time.  According to market forecasts, the first hike of 0.15% is currently expected in the middle of next year.

The main data this week will be the second quarter GDP figures which will confirm that the UK economy rebounded strongly following the lockdown. Monthly GDP figures for April and May showed strong growth and a further increase of 1.3% in June is expected.  This would result in overall second quarter growth of 4.9%. Economic growth is expected to continue going forward, though the pace of expansion will slow to more normal rates.

Last week, July services PMI was revised up to 59.6 and whilst lower than June, signals a solid start to the third quarter.  The Bank of England expects UK GDP to reach its pre-pandemic level by the end of this year.  They did note risks about new Covid variants.  We will see the BRC retail sales figures, the RICS housing survey and Industrial Production.

There are two main data releases this week within the EU, with the first being German ZEW.  The economic expectations has fallen in the past two months, led by concerns about Covid variants. The current situations component has increased for a fifth month, following the economic recovery. This is likely to continue in August, with expectations falling to 56.5 and the current situation rising further to 26.8. This will provide further evidence of improvement in the bloc’s largest economy.

The second Eurozone industrial production is expected to have fallen slightly in June. In contrast to other economic indicators, this would complete a disappointing quarter for industrial output.  One of the main issues seems to be supply constraints such as the semiconductor shortage in the auto sector. Survey evidence suggests that manufacturing input and output price pressures and backlogs of work remain high, which should lead to improvements going forward, and/or inflation.

The major data from the US last week was that the economy added 943,000 jobs in July.  This was slightly more than we were expecting and the unemployment rate dropped to 5.4% from 5.9%. The Federal Reserve provided some reassurance that current high levels of inflation are likely to be transitory and that the economic recovery remains on track.  They suggested that tapering of asset purchases could be announced later this year.

CPI inflation has moved higher than expected this year, hitting 5.4% in June, which is the highest since 2008. Most of the increase was due by energy, used-car prices and the reopening of the economy. As a result it is still expected to be ‘transitory’, though it is becoming increasingly uncertain when the upward impetus will fade. This week, we will see the latest inflation report, expected to show a month-on-month inflation to rise by 0.5%, which would see the annual rate stabilise at 5.3%. The underlying ‘core’ measure, may fall slightly to 4.3% from 4.5%.

Rising prices, which erode spending power, are seen as a key factor in the previous fall in the University of Michigan’s consumer sentiment index. In July the reading of 81.2 was a significant fall from 85.5 in June. We expect to see a rebound in August, in line with the wider economic improvements to 82.0.