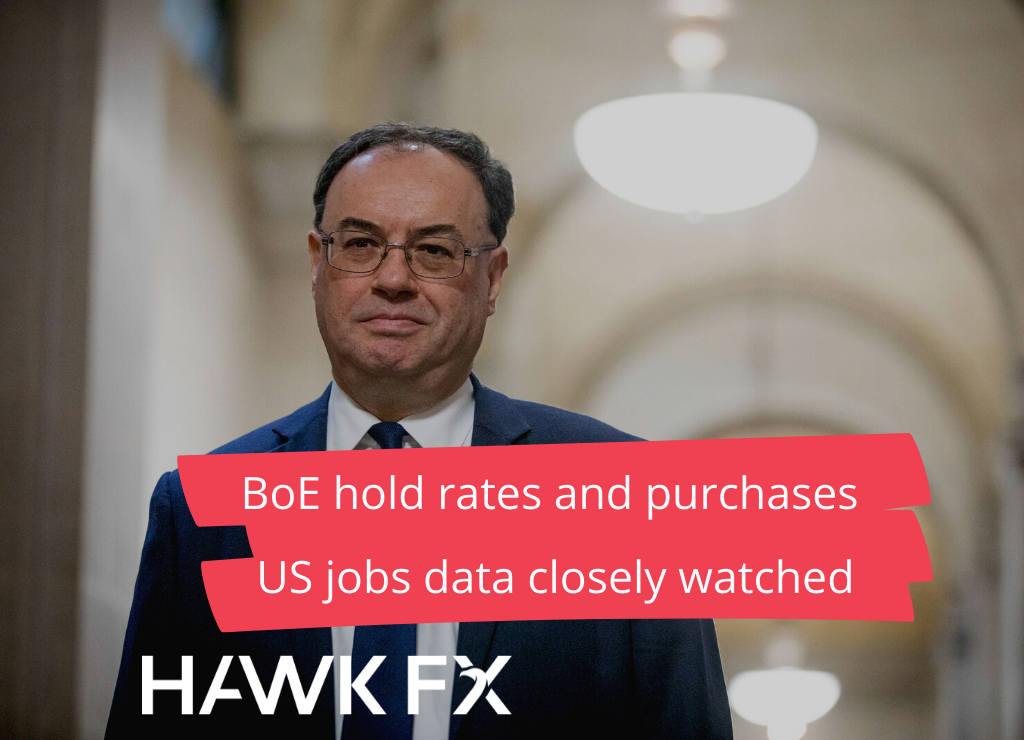 The policy update from the Bank of England was the last of a series by the major central banks. The Bank of England left policy unchanged in this latest update. The update was initially seen by markets as being less hawkish which caused sterling to slide. Central banks still view the current inflation increase as temporary. Policy is generally seen as needing to remain very supportive for growth. This is likely to gradually evolve in a less supportive direction as long as the economic rebound continues.

This week, we will see the second reading of Q1 GDP.  It is still likely to show a 1.5% fall in the quarter. The June manufacturing PMI is also a second estimate. The initial reading showed easing from May, with continued strong growth.  The UK composite PMI eased to 61.7 for June which was a small drop from 62.9 in May.  Finally, in the BoE money supply and lending numbers, we will see what they say about the housing market given continued evidence of strong price gains.

The Lloyds Business Barometer has risen for four consecutive months to its highest level in three years.  The June reading will take in an acceleration in Covid-19 cases and the decision not to end all restrictions.  It is uncertain whether we will see another rise. There will also be a further insight into the about market and price pressures.

This week, the June Consumer Price Index is most interesting given concerns of mounting inflationary pressures. In May, CPI inflation climbed to 2.0%, which was the highest since late 2018. The ‘core’ rate also rose to 1.0%. For June, both are expected to have fallen back a little to 1.8% and 0.9% respectively.  That may provide some reassurance to the ECB, though some expect inflation to pick up again next month.

Other economic indicators including business confidence for June and the second reading for the June manufacturing PMI are expected to point to a second-quarter rebound in economic activity. Eurozone composite PMI rose to 59.2 in June with supports this expectation. Riksbank will also provide a policy update and is expected to take a similar tone to the major central banks.

The monthly labour market report will be closely watched as a key measure of economic conditions. Employment growth was below expectations in April & May. The level of employment is still some way below the start of the pandemic.  This suggests as the central banks keep saying, that there is substantial slack in the labour market. However, this contrasts with high levels of vacancies and reports that some industries face labour shortages.

This week, we expect a large rise in payrolls for June, of 800k, and a fall in the unemployment rate to 5.7%. The monthly earnings data will also be closely watched for signs of wage inflation. The Fed’s assumption remains that labour market slack will limit any wage pressures.

Last week we saw the Fed’s preferred inflation measure, the PCE deflator rise 3.9% in June. The composite PMI dropped to 63.9 from 68.7, though this still points to strong inflationary pressures. This week we will see the ISM manufacturing report, which could rise modestly from an already high level.