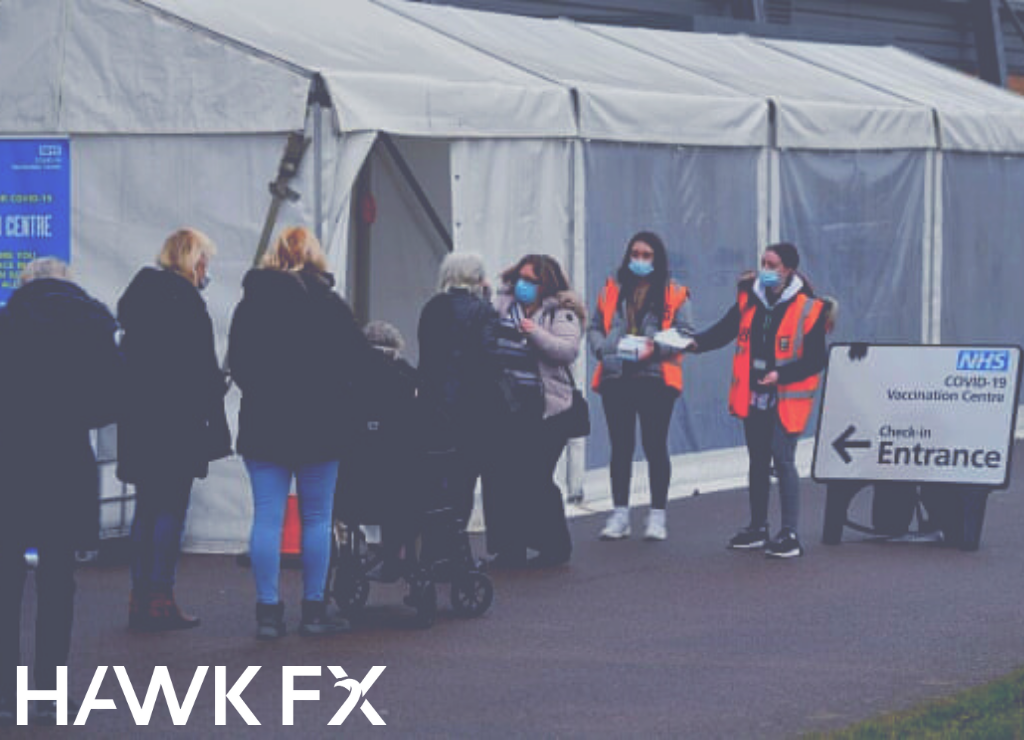 The UK continues with the relatively speedy distribution of vaccines.  Along with the US, this raises hopes of an easing of lockdown restrictions. The UK government has promised a ‘roadmap’ on the easing of restrictions on 22nd February.  The expectation is that measures will start to be eased in the spring.  The Bank of England’s assessment of economic prospects was cautiously optimistic on this basis. They expect the economy to contract by 4% this quarter but forecast a strong bounce-back, helped by the build-up of savings. The Bank forecast output to return to pre-Covid levels by this time next year.

The Bank of England left policy unchanged with Bank Rate at 0.1% and the asset purchase programme at £895bn. The weekly pace of asset purchases was also left at £4.4bn. Banks were asked to prepare for negative interest rates, but it was noted that this could take six months, which suggests we won’t see them any time soon.  The uncertainties about the evolution of the pandemic, suggest the Bank is keeping its options open.

This week’s main data is December GDP which is likely to show growth around 1.0%. That monthly outturn would leave the overall Q4 growth around 0.6%.  This reflects a significant slowdown from the 16% surge in Q3 and reflects the additional restrictions. CPI inflation for December was 0.6%, but this is rising and maybe back towards 2% by next year. Brexit trade frictions may raise costs and it remains to be seen whether this will be passed on to consumers. That will also be closely watched and assessed by policymakers.

Eurozone Q4 GDP fell by 0.7% as we expected.  The slow vaccination rollout across Europe also represents a risk to the speed of the recovery for this year. We also saw Eurozone CPI inflation jump up from -0.3% in December to 0.9% in January based on last week’s estimate.  This has led to speculation about when interest rates may start to rise.  Some of the inflation increase was a reversal of Germany’s temporary VAT cut.  However, the impact of energy price rises is likely to continue to push inflation higher in the next few months. The ECB suggests that domestic price pressures remain subdued, which suggests they don’t see the need to increase rates to deal with a sustained increase in inflation.

Last week, we saw the US economy add 49,000 jobs for January.  This was less than expected, after losing 227,000 jobs in December.  This week, we will see whether the weekly jobless claims show an improvement.  The CPI inflation figure is forecast to increase to 1.5% from 1.4%.  Larger rises are likely in the coming months due to increases in energy prices. US 10-year Treasury yields have risen towards 1.2% from 0.5% last August as expectations of rate increases gain traction.

Up to now, the University of Michigan’s consumer sentiment survey has shown inflation expectations moving higher.  The February report this week may provide further evidence of an increase in inflation expectations. Federal Reserve Chairman Powell pushed back on any discussion about a ‘tapering’ of bond purchases.  This suggests that monetary policy will remain accommodative for now.