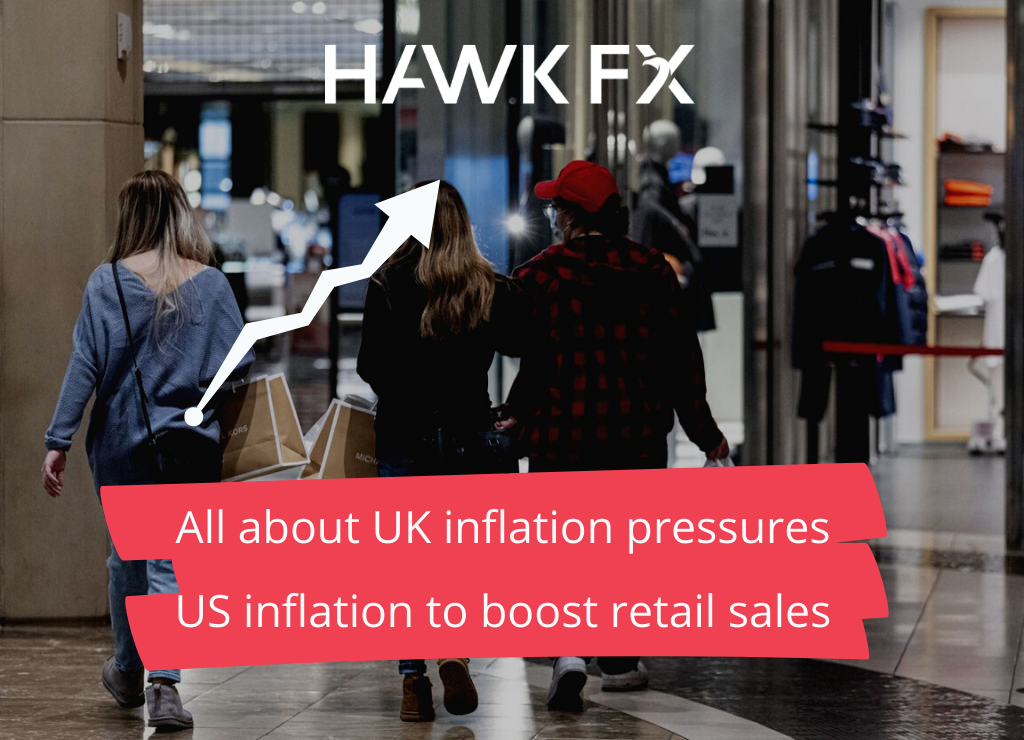 GBP – All about inflation pressures and consumers

This week, the focus in the markets in on current and future inflation pressures. We expect this week’s October inflation report to show another sharp rise. Headline CPI inflation is likely to rise from 3.1% in September to 3.9%. This includes higher energy prices after the price cap was raised. Core inflation which excludes energy costs will increase less to around 3.1% from 2.9%.

In November, inflation is likely to rise above 4% with the Bank of England forecasting a peak around 5%. The consensus from policymakers is that inflation pressures will wane from the middle of 2022. This week, we will see comments from Bank of England Chief Economist Pill. He has previously voiced concerns about the inflation situation.

With difficulties reported by companies in recruiting and increasing wages, tomorrow’s labour market report will be watched with interest.  A rise in employment and fall in the unemployment rate to 4.4% is expected.  Most furloughed workers seem to have been brought back to work by employers.  GfK consumer confidence measure has slipped over the past two months, with a further fall expected this month. Retail sales has shown ongoing declines for five months, though this may be due to services purchases, which may return to goods ahead of Christmas.

Last week, we saw Eurozone industrial production show a fall of 0.2% for September.  This comes after a larger 1.6% decline in August suggesting that whilst conditions are weak, we may be starting to see a turnaround.  This was backed up by the German German ZEW survey which showed a decline in current conditions, though the future expectations measure rose for the first time in six months.  The main data this week is likely to show Eurozone GDP growing 2.2% in the third quarter.

We have seen further evidence of inflation pressures in the global economy. A rise in producer prices in China to the highest in 26 years provided further evidence of supply bottlenecks. This suggests that global inflationary pressures are unlikely to ease near term. In the US, CPI inflation reached a 30-year record of 6.2%.  This has increased expectations that central banks may have to tighten monetary policy more aggressively.  With rising Treasury yields, the US dollar moved higher, reflecting the possibility of an earlier rise in US interest rates.

This week, we will see October retail sales which we expect to show a monthly rise of 1.1%. Some of that is a result of the inflation impacts. There have also been signs of late that after a soft patch over the summer, spending has accelerated. We will also see updates for industrial production and housing starts which will give further indications about any supply issues.