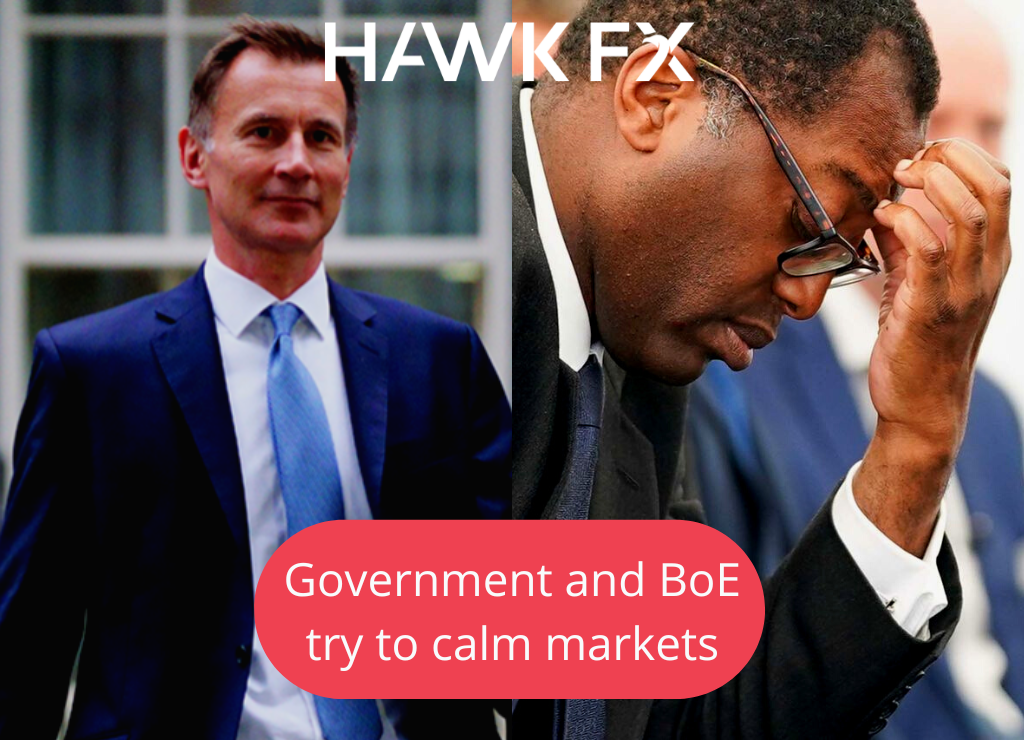 The focus in the UK remains on the ongoing chaos with the government and their failed mini-budget.  Chancellor Kwasi Kwarteng was sacked and some of the mini-budget measures have already been reversed.  The new Chancellor, Jeremy Hunt will provide a review of the measures and the funding.  The policy change has been forced as the energy subsidy plan and tax cuts meant the budget deficit and debt levels would be substantially higher over the medium term.

The Bank of England’s emergency purchases of gilts were scheduled to end on Friday. The measures were extended to also purchase index-linked bonds.  The BoE may be forced back into the market depending on the market reactions this week.  The bank may have to delay its plans to start active gilt sales again.  A larger Bank of England hike had been priced in, but this may be reassessed depending on the budget measures announced by the new chancellor.

This week, the inflation numbers will be the most interesting release.  We expect a rise in inflation above 10% to a new high for the year.  It will also rise in October due to higher energy prices, though this will be a smaller rise due to government action.  Core inflation (excluding food & energy) may also rise slightly to 6.5%, which will be of particular interest to the Bank of England. Retail sales and consumer confidence will also provide some further insight into how much the economy is slowing after GDP fell 0.3% in August.

EUR – Surveys suggest sentiment at the lowest level on record

European Central Bank officials will be closely watched for further clues on the size of interest rate increases at their upcoming policy meetings. We will also see the German ZEW and Eurozone consumer confidence figures.  The ZEW survey has been in firmly negative territory and is expected to remain around -60 which is the lowest level we have seen since 2012.  Consumer confidence is expected to make new lows around -30, which remains the lowest level on record and adds to suggestions that we are heading into recession in the Eurozone.

The market focus continues to be on how far interest rates could rise given the ongoing inflationary pressures. September inflation showed a smaller-than-expected fall in headline inflation and a further rise in core inflation last week.  This suggests that inflationary pressures continue to broaden. This reinforces market expectations that a fourth consecutive 0.75% interest rate hike is likely at the November Fed meeting.  The forecasts are now for a peak in US interest rates to be around 5% next year. Industrial production, Philly Fed manufacturing and existing home sales may give further indications on any impact from recent interest rate hikes.