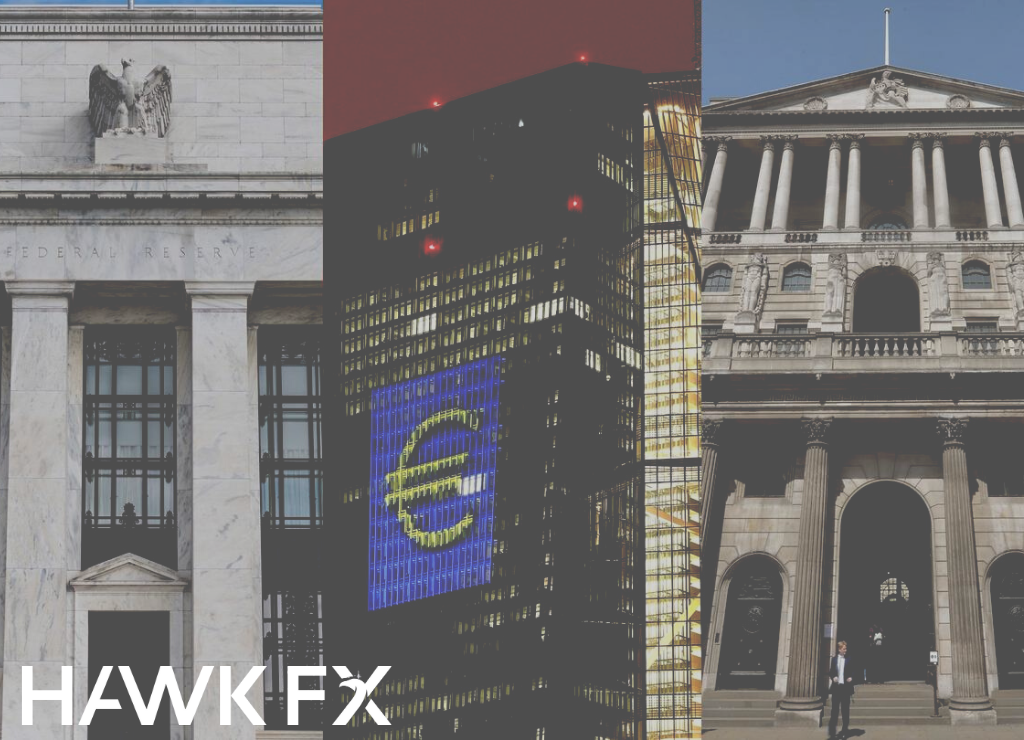 Brexit negotiations ended last week with both sides indicating that significant differences remain. The UK government’s Internal Market Bill led the EU to threaten legal action.  They have given the UK until the end of the month to amend it. The UK government admit the legislation would breach the Withdrawal Agreement in a “specific and limited way”.   With the risk of no-deal rising, the pound was under pressure last week falling to $1.28 and €1.08. UK government bond yields also fell.  The UK’s chief Brexit negotiator David Frost will travel to Brussels this week for further talks.

Last week’s July GDP figures showed a rise of 6.6%.  This strong start to Q3 suggests the economic recovery is in line with the Bank of England’s expectations. This week, the MPC is expected to keep interest rates unchanged at 0.1%. There are risks ahead with the end of the furlough scheme, potential further lockdowns and Brexit uncertainties. As a result, the BoE will likely be ready to provide more stimulus before the end of the year. This would most likely involve further Quantitative Easing initially.

This week, UK unemployment data is likely to creep higher to 4.0%.  This has remained low but is expected to increase in the months ahead with the end of the furlough scheme.  We expect a sharp drop in August annual CPI inflation to 0% with the potential for it to be negative.  This will be a temporary effect due to the temporary VAT cut for the hospitality sector and the Eat Out to Help Out scheme. Official retail sales figures are also expected to have risen again in August by around 1.4% after a strong gain in July.

Last week, the ECB left policy settings unchanged as widely expected.  They kept the interest rates at -0.5% and the stock of asset purchases at €1.35trn. The more surprising outcome of the press conference was the more upbeat tone from President Lagarde. The ECB’s economic growth projection for 2020 was revised higher to -8.0%.  This is an improvement from -8.7% in June, with next year’s growth revised down only slightly to 5.0% from 5.2%. Meanwhile, underlying core CPI inflation for 2022 was revised up to 1.1% from 0.9%. This would still be well below the ECB’s inflation target.  This explains Ms Lagarde’s warning about the euro’s recent rise. The euro initially strengthened but finished the week roughly where it started.  This week, there is limited additional data, with July industrial production and the German ZEW survey.

The Federal Reserve is another central bank meeting this week and is also expected to keep interest rates at the 0.00-0.25% range.  It will also maintain its current pace of asset purchases. It recently announced a change to its policy framework, which now aims for an average 2% inflation target over time.  This would allow inflation to overshoot the target to make up for recent undershoots. This suggests that the start of policy tightening will occur later than previously thought.  No additional policy stimulus is expected this week, but further stimulus could be signposted.

In the data this week we expect further signs of a slowdown in the economic recovery. We expect Industrial Production to have risen by 1.0% in August after a 3% rise in July. Retail sales are also likely to be weaker than July, rising between 0.3% and 0.5%.  Weekly jobless claims were 884k last week and will be closely watched for a decline this week.  Housing starts and permit data are also due this week along with September business surveys from the NY and Philadelphia Fed. The September University of Michigan consumer sentiment survey may also show a fall from the recent 74.1 reading.